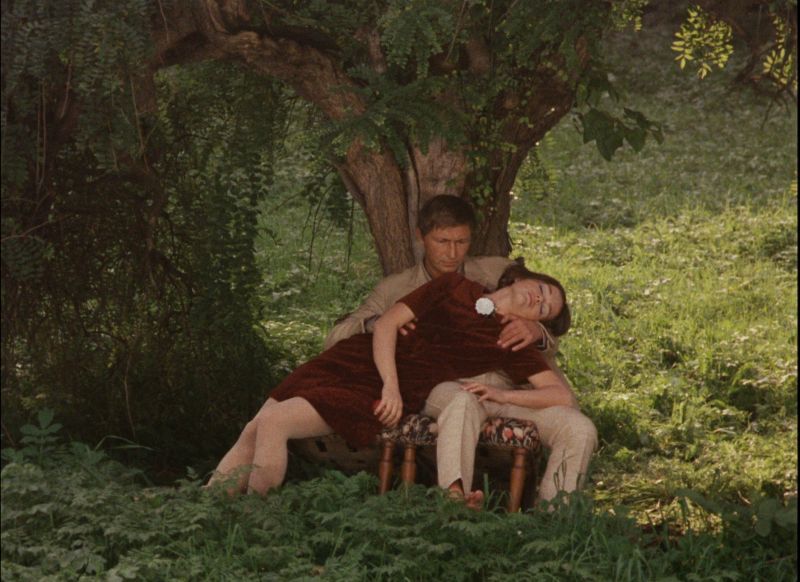 At the same time, the Festival readjusted accordingly to the scenarios of the 61st edition.

The 61st Thessaloniki International Film Festival introduces two great voices of the European cinema. The Norwegian Anja Breien, friend of Theo Angelopoulos, one of the favorite directors of Ingman Bergman and pioneer of the feminist cinema in Scandinavia, and the Czech Vera Chytilóva (1929-2014) innovative filmmaker, part of the Czech New Wave. This year, we explore their work in the festival theaters, but also online from the festival’s website. Friends with Theo Angelopoulos from their student years, Anja Breien was one of the greatest voices of the feminist cinema in Scandinavian countries. Breien has been awarded and honored at international festivals and art centers around the world, she has inspired new filmmakers and she has been recognized as one of the greatest directors, like Ingmar Bergman.

Her cinema has often been compared to the cinema of Chantal Akerman, and the films of Bergman, and her films are focusing on issues of gender, identity, love and loneliness. The film critic, Peter Cowie described Breien as a “Dogme 95” director, 20 years before the Dogme appeared.

This year, Breien celebrates her 80th birthday, and the festival honors her work by screening seven fiction films and one documentary. Rape (1971) is her film debut, which also initiated the Norwegian New Wave. It is a film with a demanding form, which criticizes the Norwegian judicial system. The film was screened at Directors’ Fortnight in Cannes, creating a sensation. In addition, her trilogy Wives (1975, 1985 and 1996), the feminist response to Husbands (1970) by John Cassavetes, will be screened. In the first film of the trilogy, three women quit their jobs, abandon their husbands and children for a fun week. Ten years later, the director shot with the same cast the Wives - Ten Years After, and almost 20 years after the sequel, the Wives III.

The film Games of Love and Loneliness (1977), an adaptation of the novel by Hjalmar Söderberg which was published in 1912, is the story of missed opportunities and unfulfilled love. In the film, a journalist falls in love with a younger woman, but he is indecisive about getting married. The following film, the Next of Kin (1979) is considered to be one of the greatest moments of her career. The film is a satirical look on a family conflict over an inheritance. It was screened at the competition section of Cannes Film Festival, with Bergman stating that Breien should have won the Palm D’Or. With her film The Witch Hunt (1981), Breien criticizes once again the patriarchal society, through a story of a woman who is been accused of witchcraft in Norway in 1630. The festival will also screen the documentary Yezidi (2009), in which the director observes the prosecutions of the Kurdish religious minority. Vera Chytilóva was uncompromising and fearless, an “anarchist” of the Czech cinema. The director, who died in 2014, collaborated with Jirí Menzel and she was one of the most significant representatives of the Czech New Wave.

Her first feature film Something Different (1963) revealed her immense talent in cinema. Combining documentary and fiction, the film narrates two different stories: one is about the real-life gymnast, Eva, who is preparing for the Olympic gymnastics, under the watchful eyes of a male coach. In the second one, the housewife Vera is bored and frustrated by her life, while her husband is waiting for her to solve all the problems. Daisies (1966) is her most well-known film. It observes two young girls who decide that since the world is bad, they should be bad too and cause chaos in Prague. The film, which was banned by the communist regime, is a cinematic praise of independence. Two years after the Prague Spring, Fruit of Paradise (1970) is an experimental, full of color, reading of the biblical story of Adam and Eve. The Apple Game (1977) is a comedy about the battle of sexes, filmed through the feminist and revolutionary perspective of Chytilóva, while the film A Hoof Here, a Hoof There (1988) is one of the first films who openly talked about Aids.