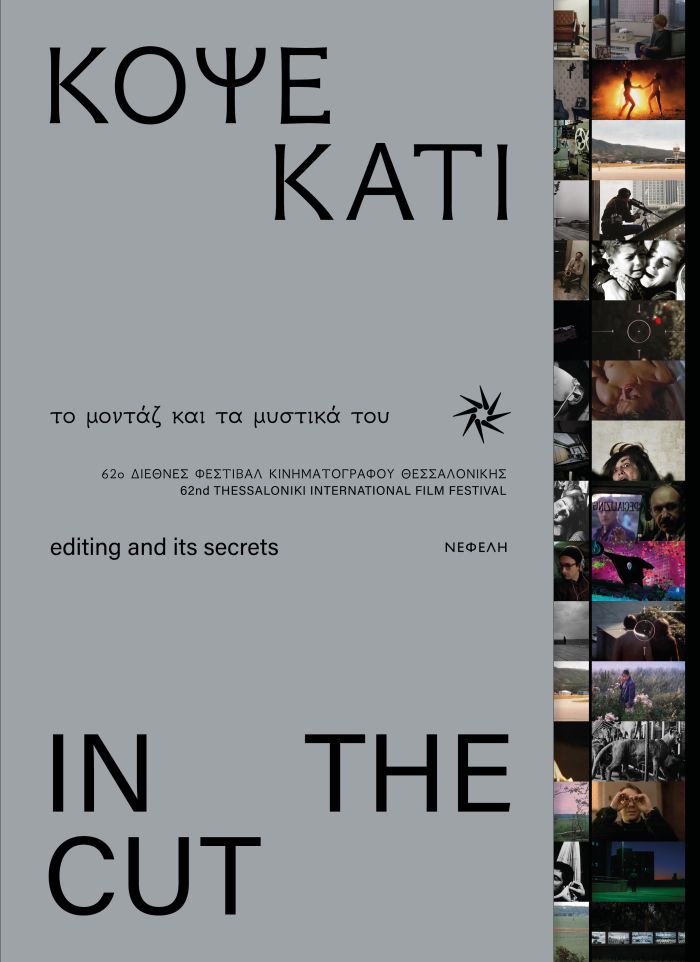 The Festival publishes a special two-language edition, mapping the course and exploring the secrets of the art of montage. The invitees elaborate on the carte blanche fi lms, while the director, film critic, editor and film programmer at the Forum des Images, Anastasia Melia Eleftheriou, runs through the historical, theoretical, cultural evolution of fi lm editing, in an editorial titled “Cutting into history”. Two world-class editors contribute to the Festival’s special edition: Walter Murch, three times Academy Award Winner both for picture editing and sound mixing, Coppola’s regular working companion and one of the greatest editors of our times, as well as Yorgos Lamprinos, Oscar nominee in the Best Achievement in Film Editing category (for his work in The Father), who converses with director Elina Psykou. Furthermore, six men and women from the fi eld of cinema theory and fi lmmaking practice delve into six scenes/movies that changed the “language” of editing, crafting a timeline of their own depicting the (universal) evolution of the montage philosophy and practice.

Stella Theodoraki focuses on La Jetée by Chris Marker, while Syllas Tzoumerkas juxtaposes the fi nal scenes of the movies The Fear (Kostas Manousakis, 1966) and Α Matter of Dignity (Michael Cacoyannis, 1958), both edited by Giorgos Tsaoulis. Christos Mitsis sheds light onto the famous love scene in Nicolas Roeg’s Don’t Look Now, etching the cultural landscape of the time, whereas Giannis Smoilis analyzes the opening scene of Francis Ford Coppola’s The Conversation. Elissavet Chronopoulou approaches fi lm editing through the prism of rupture, centering on Paris, Texas by Wim Wenders, while Spider-Μan: Ιnto the Spider-Verse is caught in Thodoris Dimitropoulos’s web, as he contemplates on fi lm editing in CGI times. Last but not least, the Festival’s edition explores the liaison between fi lm editing and other forms of art, such as comics (written by Thanassis Petrou) and the exhibition venues - installations with multiple screens (written by George Drivas, laying out his own work method). The Festival’s special edition will be available at the Festival’s e-shop, also hitting the bookstores, in collaboration with Nefeli Publishing.