Crossroads Co-production Forum aims at a strong selection of projects in development from the countries of Southeastern Europe, the Black Sea and the Mediterranean region, giving producers and directors the opportunity to present their ideas to a number of potential financial partners, receive feedback and grow their professional network. 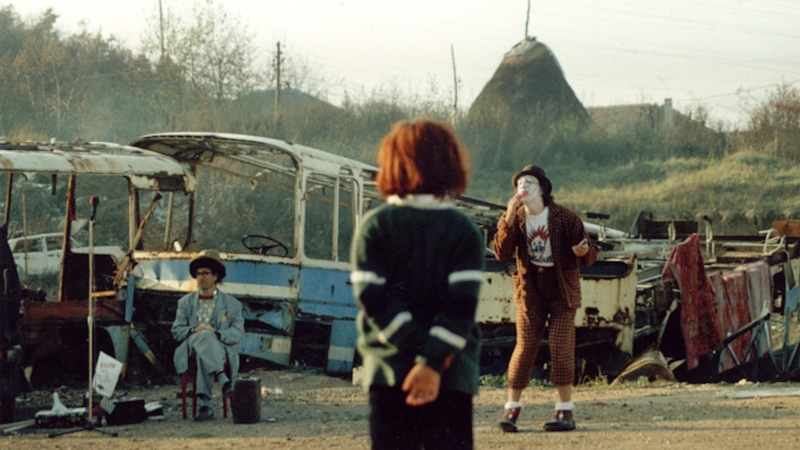 At the beginning of the millennium, Lis, a 10-year old boy, whose father is a missing person from the Kosovo war, joins a foreign circus troupe in a journey to bring bliss and joy to the children of a war-torn country. 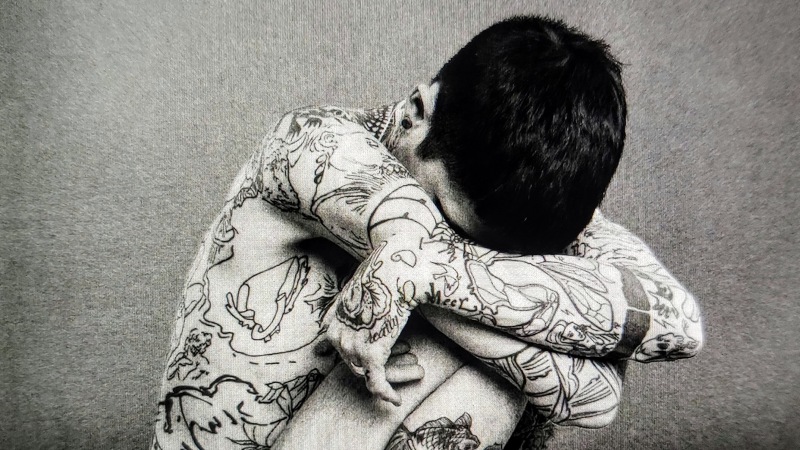 Saddled with his newborn baby, rural teenager Zackarias will struggle with the role of fatherhood and bringing his family back together, while navigating overwhelming Athens. 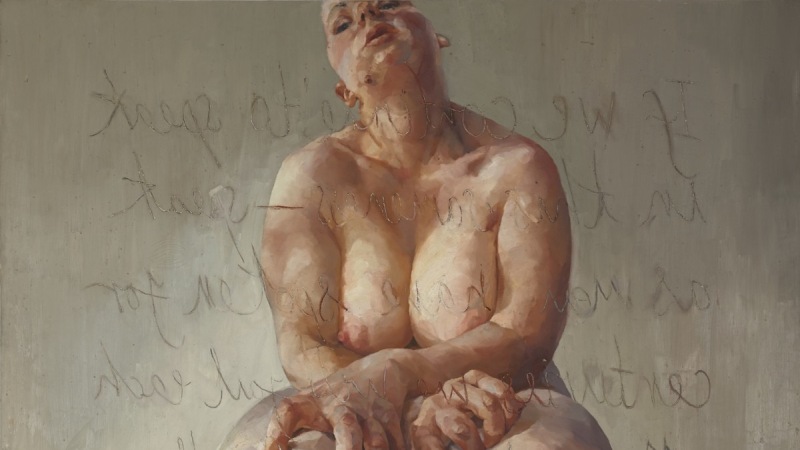 Etero, a single woman in her late 40s, stuck in a small, backward-looking Georgian town, discovers love for the first time. 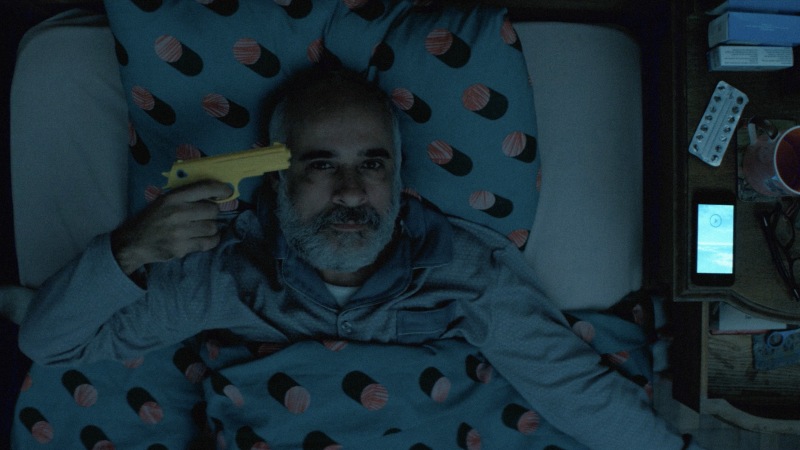 A surreal dark comedy on the controversial issue of euthanasia. Gilda and Amadeu meet at an underground organisation that helps the terminally ill so that they kill themselves painlessly. But when that fails, they go on a wild adventure to finalize their plans. 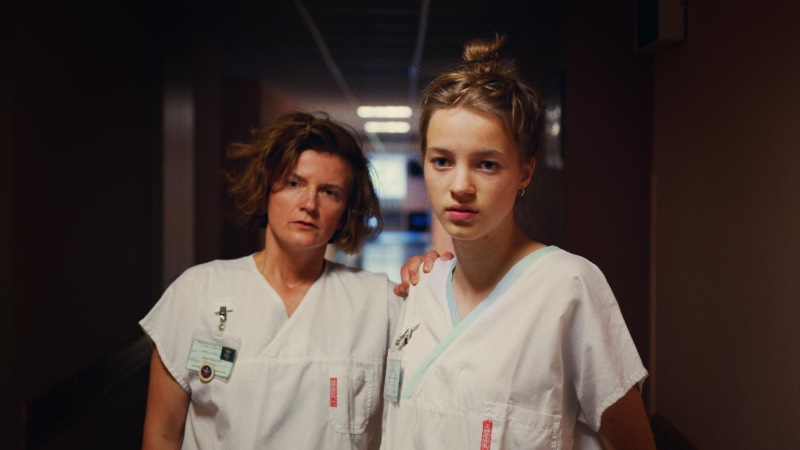 In the absurdity of a day shift in a regional Czech hospital the staff is caught in comical micro-situations, trying to get away with the help or against the will of the head nurse. 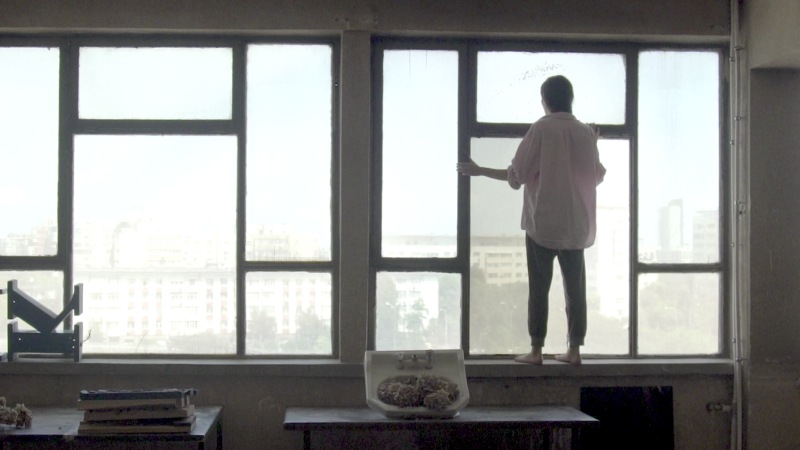 When a young painter finds herself in a rut, alone, uninspired and poor, she decides to take a job as a decorator at an old mountainside hotel, where she will meet someone that will help her out of her depression. 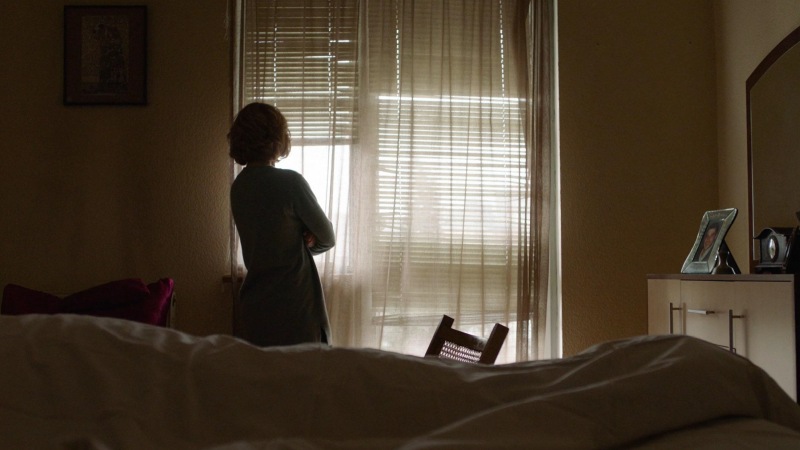 Ia, a 46-year-old translator, who has fled to Greece to work as caregiver for a bedridden man so that she can send her paycheck back home, changes in an instant when the old man dies. 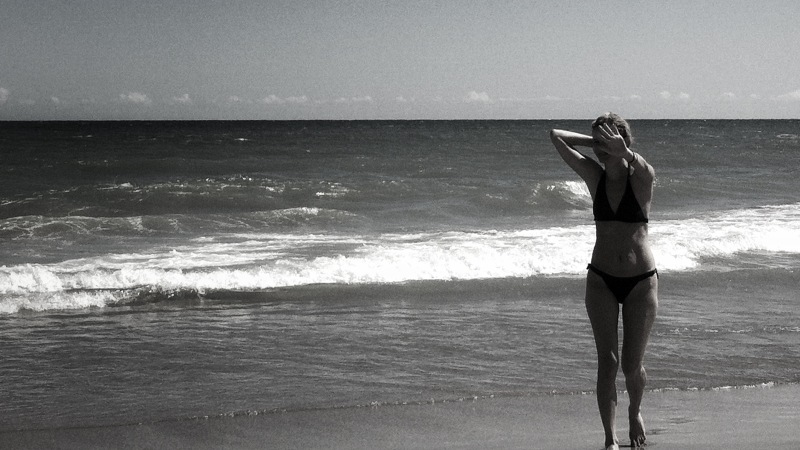 MATILDA HAS THE LAST WORD (*AS SHE ALWAYS DOES) 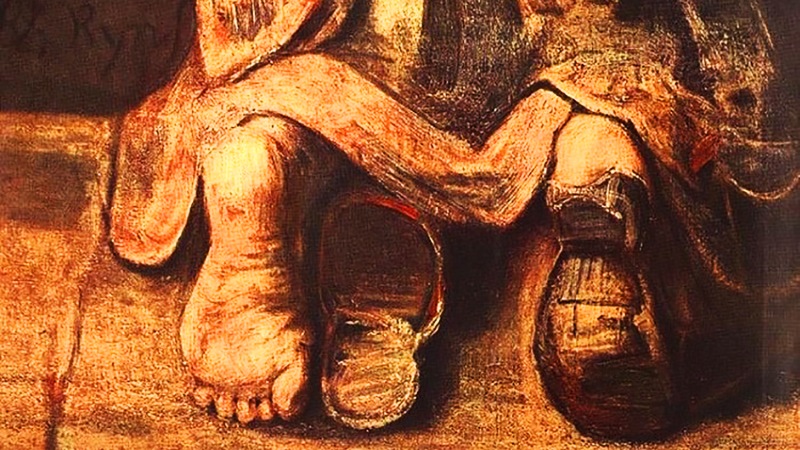 A psychological drama about the loss of faith in family relationships and the inability to forgive. Subjected to pain and alienation, a mother and daughter are faced with the decision to forgive the past faults of the alienated head of the family by burying him with last honors or erasing him from their memory forever.

Photo: Detail from The Return Of The Prodigal Son by Rembrandt 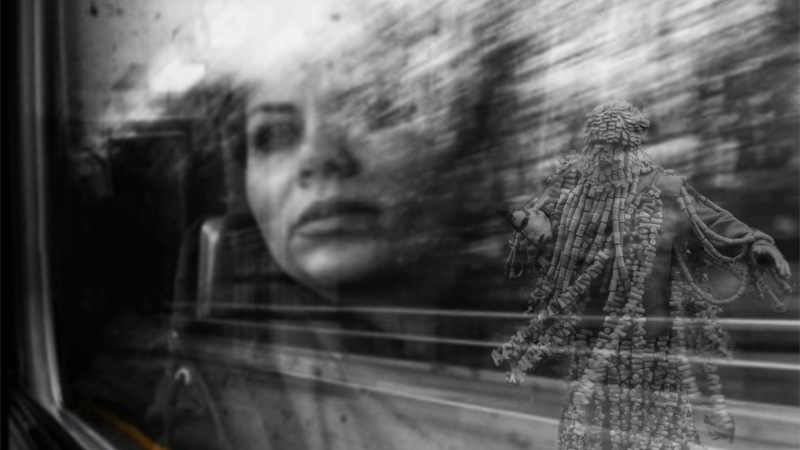 NO SMOKING AT THE BORDER

Ania, a young smuggler, decides to swap the art of hiding cigarettes for studies at the Arts Academy. To escape the predatory world of smuggling, she must transport her final batch under the watchful eye of an overzealous border guard. 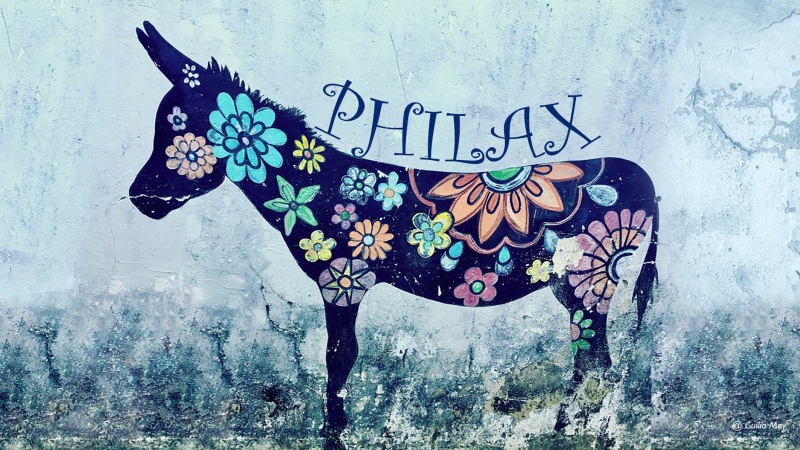 Following a donkey as she changes various owners among the last Greek inhabitants of a remote island in Turkey, Philax depicts the flow of life in four seasons filled by resistance, feasts, fear, and hope. 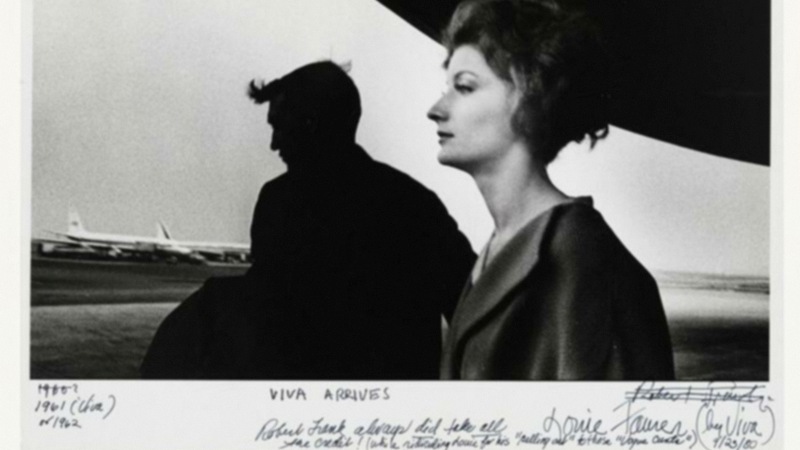 In the early years of the Greek Junta, the Doctor’s quixotic struggle to become Greece’s populist leader is perceived as a farce. Yet, Despina, his companion, believes that they are on the verge of making history. 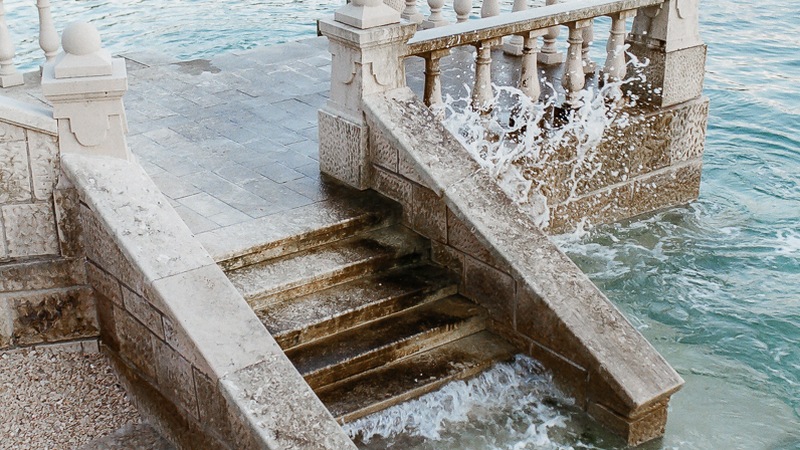 A love triangle is formed between a surrogate mother and the couple whose baby she is pregnant with as she joins them on a summer vacation. Nothing goes as planned when the truth is revealed about their real intentions. 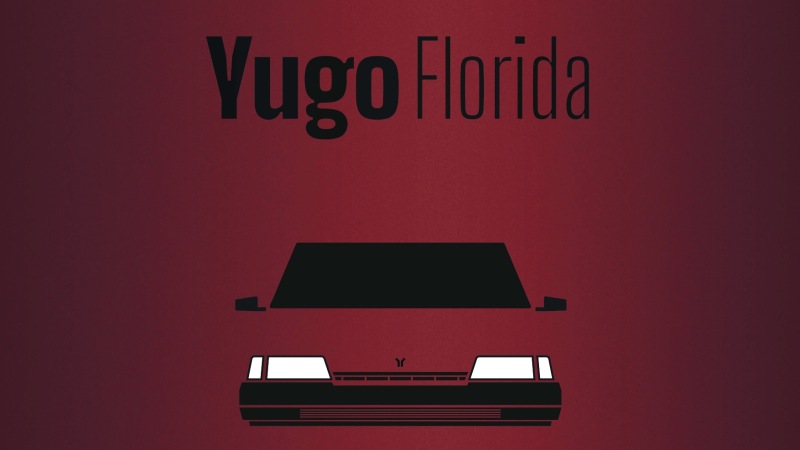 Zoran’s awkward life, including a pothead roommate, an unavailable ex-girlfriend and a reality TV job, turns upside-down when his intolerable father is diagnosed with a terminal illness and he commits to help him through his final weeks. 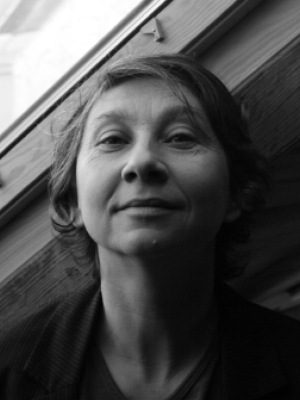 Virginie Devesa was born in Southern France. She graduated with a Master’s degree in Business Communications in Lyon III (France) and studied 2 years in the United States. Her experiences abroad, as well as her previous jobs as an International Sales manager, have led her path towards the creation of Alpha Violet World Sales, with the desire to promote strong arthouse features linked with a close relationship with filmmakers and their producers. After 10 years, Alpha Violet represents nowadays a catalogue of 53 strong arthouse feature films with an editorial line curated towards 1st features, worldwide filmmakers, as well as female directors. Among the more recent collaborators are Christos Nikou (Apples), Fernanda Valadez (Identifying Features), and Laura Samani (Small Body). 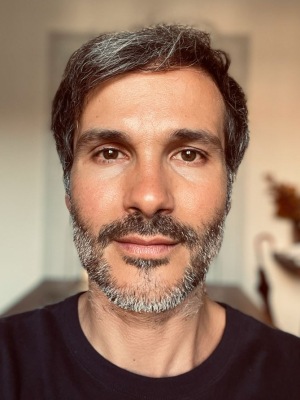 Alessandro Gropplero is the Head of International Relations of the FVG Audiovisual Fund since May 2007 and in this capacity he has planned the international strategy of the fund and managed a variety of initiatives, such as the WHEN EAST MEETS WEST Co-production Forum, TIES THAT BIND Asia Europe Producers Workshop (both supported by the Creative Europe Program) and RE-ACT Co-development Funding Scheme. He is an EAVE graduate and Italian national coordinator, board member of EURODOC, member of the European Film Academy and starting from 2021 he has joined the programming office team of the Venice International Film Critics’ Week. 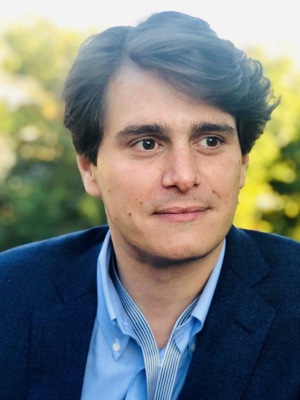 Lead producer at Athens-based StudioBauhaus that produces striking existential narrative films with a taste for magical realism. Key activities are feature art-house films aimed at the international market, and delving into animation following the rewarding cooperation with the producers of the Oscar nominated animation feature Loving Vincent as line producer for the Athens Studio. Recent feature film credits include Araceli Lemos’ Holy Emy (Greece-France-USA, 2021, WP: Locarno, Award: Special Mention from Swatch First Feature Jury), Vardis Marinakis’ Zizotek (2019, WP: Karlovy Vary 2019), and minority co-producer for Mihai Mincan’s feature thriller To The North (Romania-Greece-France-Czech Republic-Bulgaria, in post-production). He is currently in financing for Orfeas Peretzis’ Riviera in co-production with Alexandre Gavras’ KG Productions (France). He is a member of EAVE & TIES THAT BIND Network, a Midpoint Feature Launch alumnus, and a replacement member of Board of Directors at the Audiovisual Association of Greece (SAPOE). He studied Film Production at NYFA (USA), the University for the Creative Arts (UK), and Creative & Cultural Entrepreneurship at Goldsmiths University. 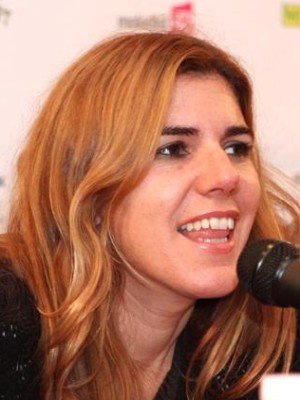 Amanda Livanou is a film producer living in Athens, Greece. During her 20-year career she has worked in film and television as well as Greek film institutions. In 2014 she founded Neda Film. Selected Filmography: She has produced Pity and L (Sundance FF premiere for both) and Birds or How to Be One (IFFR 2020) by Babis Makridis and Park by Sofia Exarchou (Best New Director at San Sebastian FF, Sundance Screenwriter’s and Director’s Lab), as well as a number of documentaries (Eva Stefani’s Days and Nights of Demetra K, Thessaloniki Documentary Festival 2021). Upcoming films include Broadway by Christos Massalas, Unclickable, Babis Makridis’ new doc, the debut feature by Evi Kalogiropoukou - already awarded in Cinemart and Atelier Cinefondation 2021, and the animation series Travel Bugs by Fokion Xenos. She is a Sundance Creative Producing Summit Alumna and a member of both the Hellenic as well as the European Film Academy. In 2018 she co-founded the Athens International Children’s FF (www.athicff.com), of which she is the President. She was elected to the Board of the Director’s of the Hellenic Producer’s Union in December 2020, where she serves as Treasurer.

Cineuropa, in partnership with AGICI, has been offering highly professional consultancy services for professionals for several years. In addition to the usual promotion of Italian cinema through Cineuropa. org, Cineuropa and AGICI organise “mini co-production markets” during various European film festivals around the world. These markets are also an opportunity to present the "Italian system" to foreign professionals in order to promote investments and film shooting opportunities. In 2018, 2019 and 2020, Cineuropa and AGICI organised the mini co-production markets at the Seville IFF and Tallin IFF, to strengthen ties with Spanish and Baltic producers. In 2021, the mini co-production market takes place in the context of Thessaloniki IFF's Agora. 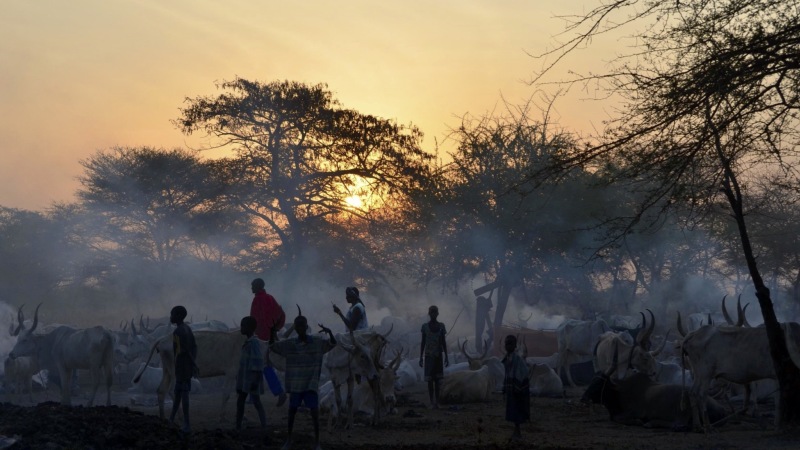 In the Pokot tribe, the young Chesang is arranged to marry Chiranum in exchange for cattle dowry. Her craving for freedom and a different role than the one of wife and mother will lead her to a drastic decision: the first one she takes by herself. 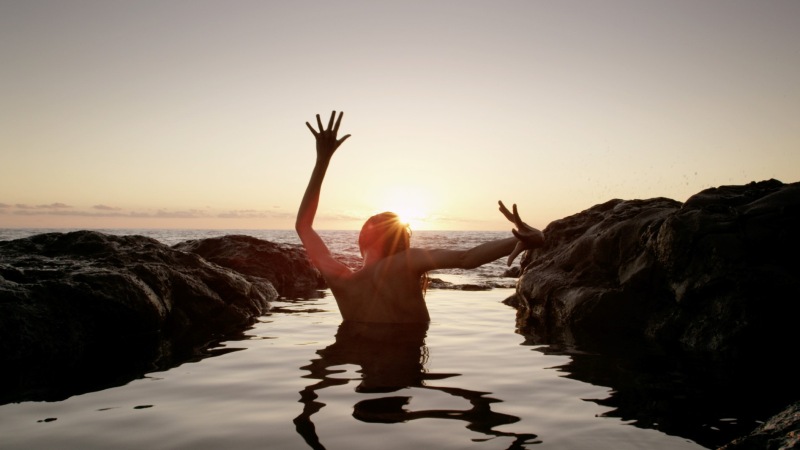 A wild rugged island that hides a dark legend. A man in search of him- self. A woman in love and another one, mysterious, too much like a lost first love. The answers lie buried in the depths of the soul. 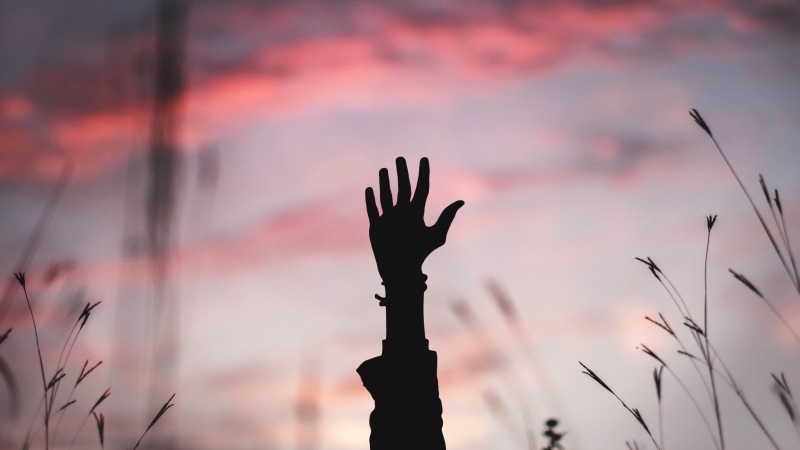 Gizem (Cyprus) | 2021 AWARD
A Turkish-Cypriot woman assumes the identity of her deceased Greek-Cypriot friend and flees from war-ridden Cyprus to apartheid South Africa in 1974 to start a new life through an arranged marriage to a Greek-Cypriot man. 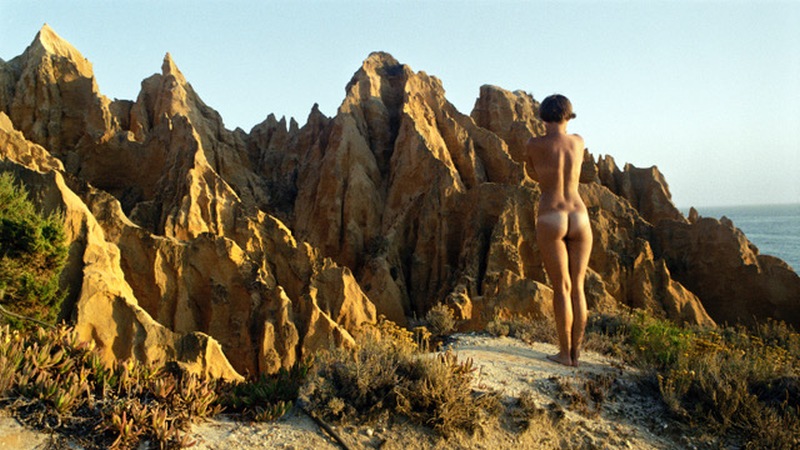 Five Days at Sea (Croatia, Slovenia) | 2020 AWARD
A woman in her thirties spends five summer days on a remote island with her best friend from the past, her exuberant new boyfriend and father of her future child, from whom she wants to hide the truth.