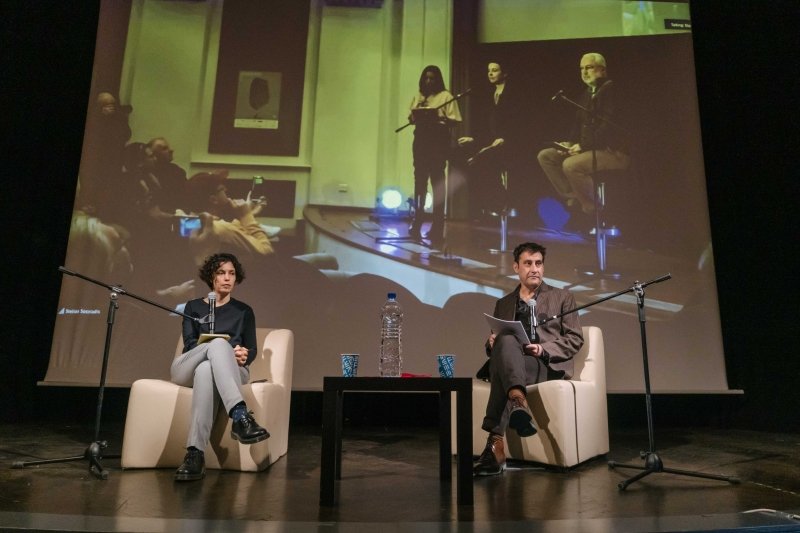 Welcome to the 22nd TDF

Improved, dynamic and exciting, the 22nd Thessaloniki Documentary Festival presents: 189 feature length documentaries and 74 short documentaries from around the world, the Agora Docs, original tributes and a series of unique parallel events.

We are expecting you at Olympion and Pavlos Zannas theatres in Aristotelous Square, the Tonia Marketaki, Frida Liappa, Stavros Tornes, John Cassavetes and Takis Kanellopoulos theatres located at the city’s Port, the theatre Makedonikon, as well as at two additional venues situated in two Thessaloniki Municipalities: the “Christos Tsakiris” Cultural Center in Pavlos Melas and the Municipal Theatre of Sykies in Neapoli-Sykies.

Greek documentaries are present and they are evolving rapidly. Overall 78 Greek productions will be screened at the 22nd TDF and Greek documentaries will compete at the international competition sections. Greek documentary is reinforced through all of the festival activities and it participates at the developing programs of Agora.

Eleven days full of faces and surprising activities: get to know the famous war correspondent Robert Fisk, don’t forget to party, do not miss unpredictable screenings at grocery stores, crosswalks and coffee places!

The Festival has increased safety measures for the protection of viewers from infections. There will be hand sanitizers everywhere, daily sanitizing in all hygienic areas, and skilled nursing staff will be present at Warehouse C. We are in contact with the Ministry of Culture the Region of Central Macedonia and the Municipality of Thessaloniki. We are prepared for all contingencies. We recommend calm and patience. Panic is more dangerous than any virus.