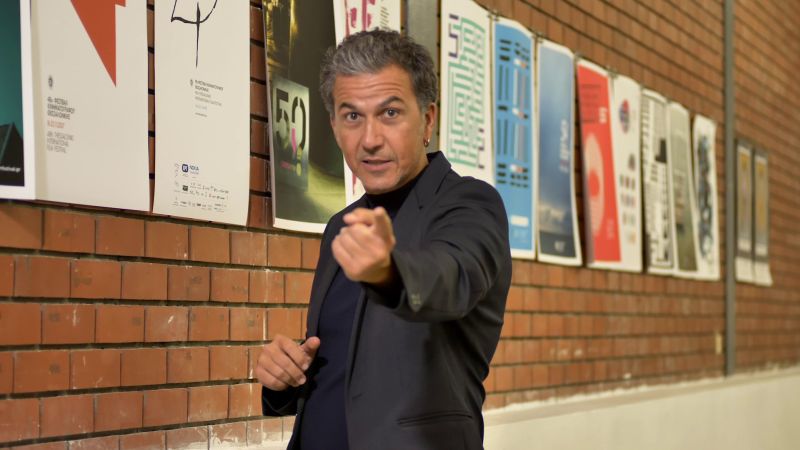 Seventeen projects were presented in the Crossroads Co-Production Forum of the 61st TIFF’s Agora, taking place online this year (November 10 – 13). This year, the Greek participations are more than ever, while almost half of the projects are by women directors.

Debut feature films were presented alongside films of established directors.

Journalist Kostis Zafeirakis welcomed the participants, noting: “2020 was a difficult year for all. So, we decided to take all precautions and transfer the Agora online. You can watch us from your home, from your office… Agora would not be possible this year without its sponsors and supporters. A big thank you to you all!”

The Head of Agora, Yianna Sarri, said that “it is really sad that we can not welcome you to Thessaloniki this year, but we hope to greet you again in the city and in Warehouse C, in 2021”. Angeliki Vergou, Head of the Crossroads Co-Production Forum, said: “For the first time the Crossroad Projects have prepared a pitching presentation for film professionals. We want to thank you all, especially this year, that you do a demanding job online, without the joy of being to Thessaloniki. We miss you all!”.

The members of the jury greeted the participants. Anamaria Antoci, Producer, Tangaj Production, said: “I am very excited to be part of the Crossroads jury, it is a lovely feeling to be on the other side, to discover projects and not present one of my own. I can’t wait to meet all the projects and all of you on our one to one meetings”. Katarina Tomkova, producer, consultant, training provider, kaleidoscope, Punkchart films, MIDPOINT Institute continued: “It is a great pleasure to be with you, even online. I can’t wait to meet all the projects”.

Milan Stojanivić (Producer, Sense Production) said that he is honored and happy to be part of this year’s Crossroads jury. “I can’t wait to explore and discuss all the selected projects. Crossroads was really important for me in a lot of films, I participated with as a producer and I hope the same will happen for your own projects. Good luck!”

KYUKA - JOURNEYING TO THE MOON THROUGH THE ENDLESS SEA

ONCE UPON A TIME IN TRIPOLI

PATTY IS SUCH A GIRLY NAME

THEY COME OUT OF MARGO

The Crossroads Co-production Forum Awards include: The Two Thirty-Five (2|35 Inc) main prize of a co-production award (image and sound) bestowed to the winning project in post-production services. The CNC (Centre national du cinéma et de l’ image animée) Award of 8,000 euros for script development. The ARTE Kino International Prize of 6,000 euros. Finos Film will offer to a Greek project a 3,000-euro cash prize. The Producers Network of the Cannes Film Festival - free accreditation for the 2021 edition. Project selection at Sofia Meetings 2021 of the Sofia FF. The Mediterranean Film Institute Script2Film Workshops scholarship for 2021. The THESSALONIKI EAVE Marketing Workshop Scholarship for its 2021 Marketing Lab. Asterisk* will offer Packaging and Project Marketing Strategy to one project. Initiative Film is offering script consultancy in one Greek project.  CINEMED will include at least one Greek project in the Development Grant selection according to its state of development and follow the films from Crossroads and Works in Progress in regards to its program selection.