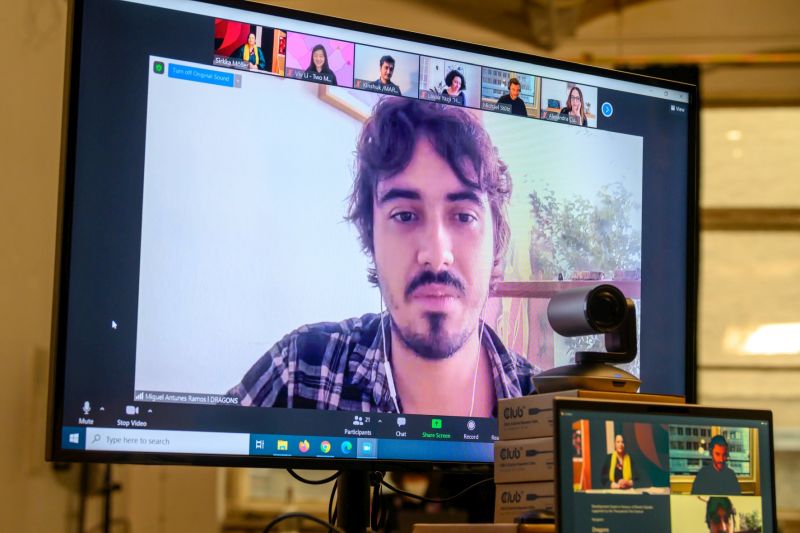 The recipient of a new grant dedicated to the memory of Dimitri Eipides was revealed on Thursday, March 4 at Berlinale Talents. The grant of 5,000 euros, an initiative by Thessaloniki Documentary Festival, is awarded to a documentary project participating in the Doc Station of Berlinale Talents and aims to support upcoming filmmakers, in whom Dimitri Eipides believed.

The jury announced that the grant recipient is the project DRAGONS by Miguel Antunes Ramos, “for its reflection on power relations in Brazil today, for questioning political elites, economical structures and the power of images through time - we found the project analytical, creative and timely. We can’t wait to see more and follow the making of this film”.

“This will make all the difference in the world for us, it will make the movie possible” said the director thanking the jury, comprised by producer, distributor and sales agent Philippa Kowarsky (Cinephil, Israel), director Marianna Economou (Greece) and Michael Stütz, Head of Panorama, Berlin Film Festival (Germany).

Also, the project THE TWO MOUNTAINS WEIGHING DOWN MY CHEST by Viv Li received a special mention from the jury “for being unique and fresh, funny but profound, deep and entertaining. It opens a door to a ‘real’ China… and beyond.”

The jury spoke about Dimitri Eipides who inspired the grant, saying in their statement: “It is our honour to participate in the first Development Grant awarded in the memory of Dimitri Eipides, who was a beloved Greek member of our international community. He was a real man of the cinema, he loved, curated, initiated and supported filmmakers from around the globe. But more than anything, he founded the Documentary Film Festival in Thessaloniki, becoming the father of modern Greek documentary”.

Berlinale Talents is a talent development platform that brings together exceptional and aspiring talents from all over the world so that they can network and present/work on their upcoming projects. Doc Station is the Berlinale Talents Lab dedicated to documentary projects.