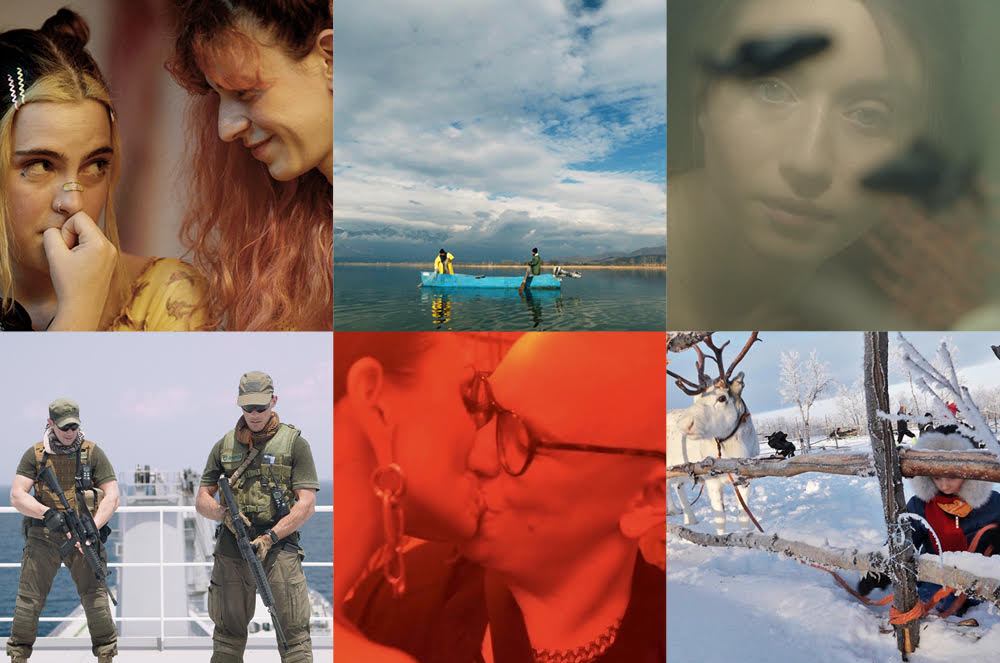 The Thessaloniki International Film Festival and the Greek Film Centre have the pleasure to announce the 6 Greek films (Works in Progress) that will participate in this year’s edition of the “Thessaloniki Goes to Cannes” event which will take place online and on site, during the Marché du Film of Festival de Cannes (July 6-17, 2021).

The participation of the Thessaloniki Film Festival’s Agora in the “Goes to Cannes” of this year’s online edition of Cannes’ Marché du Film, one of the world’s largest film markets discovering up-and-coming directors from all over the world, is a collaboration between the Thessaloniki IFF and the Greek Film Centre with the Marché du Film - Festival de Cannes. Greece is the only country in Southeastern Europe and the Balkans that participates in the event.

Four Greek fiction feature films and two documentaries in post-production stage will be presented on Monday, July 12, to the Auditorium K of Palais to the sales agents, distributors and programmers who will attend this year’s Cannes’ Marché du Film. The presentation will be available to film professionals for one week after Marché du Film.

The films are the following:

Five boys and five girls, far away from the rules of a suffocating society they create their own community. They occupy a large house in the middle of nowhere and decide to live there together. The balance will soon be upset, relationships will be tested, but they will find a way to remain free, for as long as "together" lasts. True friendships that are bastardized with newfound emotional attractions that go beyond gender and race, improvisation games, confessional atmosphere and a world that is ready, or at least willing, to be torn down to be built from scratch.

Stergios is a middle-aged fisherman and farmer living in a lakeside Greek village on the border with North Macedonia, together with his wife, Maria and their daughter, Anastasia. Stergios is afraid of going to jail for a fraud he had committed some time ago, and starts to traffic migrants across the border lake to repay the money he took. But soon he finds himself trapped in a deadly game between the local mafia and his conscience, while his family starts falling apart.

Privately-hired mercenaries are responsible for protecting vessels crossing the High Risk Area off the Somali coastline against pirate attacks. Rigorously preparing to face the enemy, each watch brings them closer to the day of contact. Yet the sea is full of surprises. Οr lack thereof.

While the dancefloor is mythologised as a space for connection, any committed creature of the night knows the real action takes place in the toilet cubicle – at once the club’s engine room and its “confessional” booth. EX depicts the realities of these sacred spaces with a nauseating intimacy, bundling us in with Diana and a flurry of gorgeous party people for one night of sublime chaos. Opening the door to Berlin’s notoriously private nightlife, EX invites us to see more than reckless hedonism. As its characters share stories about lives lived at the fringes of society, a deeper connection unravels, sparking soul-baring moments of clarity, acceptance, and unapologetic truth.

Into the Land of Ice and Fire

The film is inspired by the contemporary life of the indigenous people inhabiting the European arctic region, the Sámi. After twenty years of researching and photographing the European arctic and its indigenous inhabitants, film director Dimitra Zirou, films a documentary inspired by this distant land and its people. Two parallel stories, are gradually unfolding the everyday life of Sara, an 85-year-old and one of the few remaining traditional healers and keepers of Sámi oral tradition and Mihka a 6-year-old Sámi boy who lives with his family not far from Sara, in Guovdageaidnu - Kautokeino, a distant small town in the middle of the Norwegian arctic tundra, through the changing of the arctic seasons and the passage from the long winter’s darkness to the never-setting light of the summer.

When deaf teenage girl Valmira comes to live to her father’s island away from her special Athens school, she lands abruptly to the alien and challenging world of the hearing.  Misjudging reality – because of her impairment – Valmira turns her back to kind-hearted Aris and mixes up with arrogant local kid Marios, unwittingly triggering a series of – long simmering – conflicts and misunderstandings. In an act of profound humanity, Aris will restore his relationship with Valmira and Marios, as well as peace in the village. Based on a true story.

We are eager to host the Greek premieres of the films in the 62nd Thessaloniki International Film Festival or in the 24th Thessaloniki Documentary Festival.