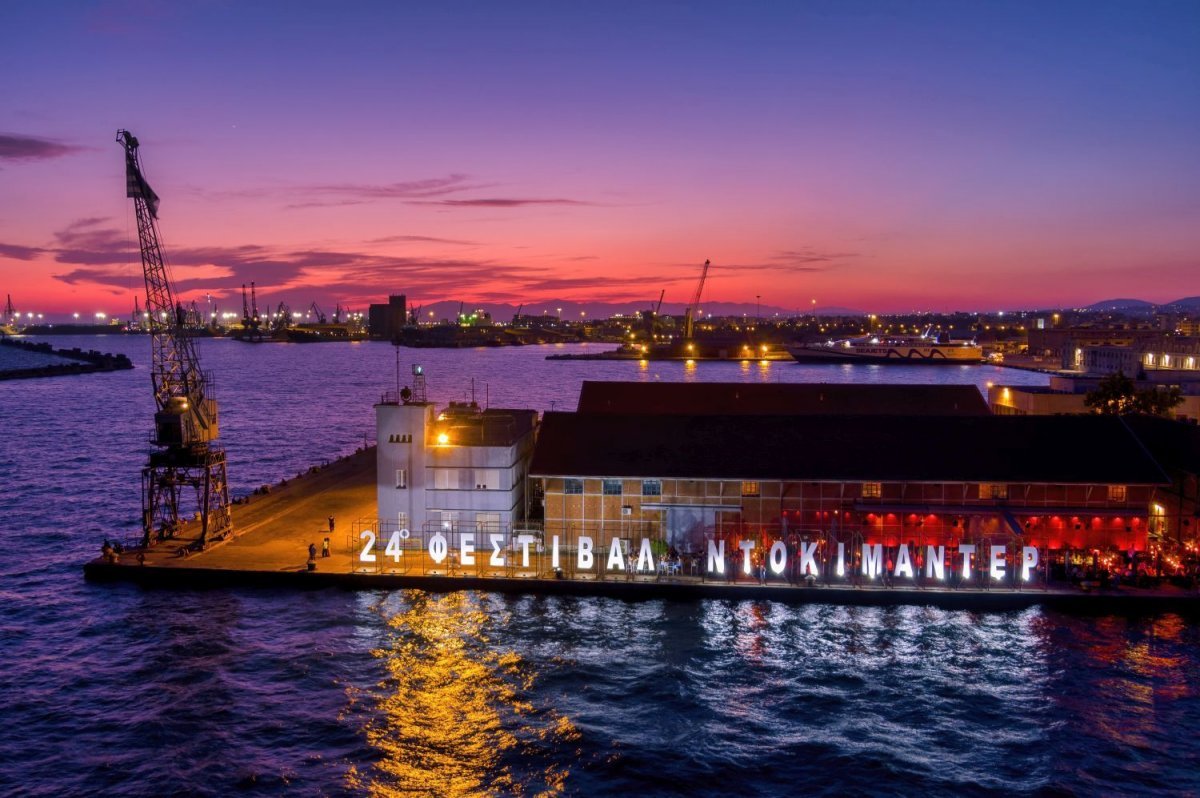 With a record number of world, international and European premieres under their belt, the three competition sections of the 24th Thessaloniki Documentary Festival, International Competition, Newcomers Competition and >>Film Forward Competition, showcase a series of fascinating movies that cast a critical and acute glance at the most crucial and heated issues of our times. Aspects and views of a constantly shifting world, narrations that delve into the historical traumas of the past, stories of gender oppression and female emancipation, the earthshaking force of cinema and art to reshape reality, the multidimensional notion of identity, as portrayed through the refugee-immigrant drama, windows opening to worlds and people that break free from the average standards and perceptions, are only a few of the themes that stand out in the three competition sections of this year’s Thessaloniki Documentary Festival.

Our browsing through the International Competition section starts from Ramin Bahrani’s 2nd Chance (international premiere), which unfolds the spectacular and ambivalent story of the bullet proof vest’s inventor. In the documentary A House Made of Splinters (international premiere), Danish director Simon Lereng Wilmont (Golden Alexander winner at the 20th Thessaloniki Documentary Festival with the film The Distant Barking of Dogs), focuses on the unseen heroes of the Ukrainian civil war, who offer shelter and comfort to kids who have lost everything.

A Marble Travelogue (international premiere) by Sean Wang from China invites us to a marble’s Odyssey and permeates a world that commoditizes and merchandises the relics of human history and culture. Autobiographical Anima – My Father’s Dresses (international premiere) by German Uli Decker brings forth a family story that questions stereotypes and consolidated roles, while Long Live My Happy Head (international premiere) by Austen McCowan and Will Hewitt teaches us how art and humor can cast away the fear of death, through the story of a comic illustrator who fights against cancer. In the heart-wrenching documentary Off the Rails (world premiere) by Peter Day from the UK, the dreams of escape of two young parkour athletes are intertwined with an unhealed trauma that haunts their childhood.

Spanton vs The French Police (world premiere) by the multifaceted French artist Ovidie reminds us that violence against women remains an open wound of our world, by shedding light onto a case that shocked French society. In the documentary Turn Your Body to the Sun (European premiere) by Dutch filmmaker Aliona van der Horst, the tragic story of a WWII Soviet soldier who experienced both captivity under the Nazi troops and the Stalin gulags takes center stage. Young Plato (European premiere) by Declan McGrath and Neasa Ní Chianáin explores how Plato and Nietzsche overturn the suffocating and narrow-minded traditions in a Catholic school in Ireland.

Moving forward to the Newcomers Competition, Caught in the Headlights (world premiere) by French filmmaker Thomas Devouge introduces us to a theater collective that fuels a remoted French village with a breath of fresh air. Animation documentary Eternal Spring (world premiere) by Jason Loftus reenacts a spectacular story of political disobedience that stunned the Chinese regime. In Golden Land (international premiere) by Finnish Inka Achté, gold fever drives a young Finnish-Somalian to abandon the idle safety of Finland for a wild adventure at the Horn of Africa. In Malintzin 17 (world premiere) by Mara and Eugenio Polgovsky from Mexico, the loving intimacy between a father and his little daughter becomes a canvas for the bond between human existence and nature. In Melting Dreams (international premiere) by Slovenian Haidy Kancler, three young female skiers from Afghanistan travel to Europe in order to fulfil their dreams; their final destination, though, is an uneasy coming-of-age and the demystification of the Western idealized paradise.

Robin Bank (world premiere) by Anna Giralt Gris from Barcelona lays down the story of a modern-time Robin Hood who robs banks instead of the Sheriff of Nottingham. In Sirens (international premiere) by the Emmy-winner American-Moroccan Rita Baghdadi, we embark on the tumultuous journey of the members of the first all-female metal band in the Middle East, as they approach the final destination of sexual, social and political awakening. In the documentary The Devil’s Drivers (European premiere) by Daniel Karsenty and Mohammed Abugeth, two Bedouin drivers risk their lives to have illegal workers cross the borders to Palestine, under the watchful eye of the Israeli army. Our overview of the Newcomers Competition comes to its end with What Remains on the Way (international premiere) by Jakob Κrese and Danilo do Carmo, which outlines the immigrant drama though the story of a young mother and her four children, who set out for the dangerous journey from Guatemala to the United States.

Curtain call for the competition sections of the 24th TDF with >>Film Forward Competition, where Amateur (world premiere) of the Spanish filmmaker Martín Gutiérrez binds together three seemingly unrelated stories, weaving an intimate and personal homeland. In Anachronic Chronicles: Voyages Inside/Out Asia (European premiere) by Lu Pan and Yu Araki, we are given an insight into how the launching and the wide use of the video camera radically changed the everyday life, but also the way family memories are recorded for almost every household in the Far East.

Dreams of the Sky Mausoleum (international premiere) by Russian Marianna Rybynok contemplates on the notion of body, that balances between a refuge and a prison. In Film Is Dead (world premiere) by Argentinian Juan Benitez Allassia, abandoned movie theaters in the director’s hometown are transformed into a living monument of time, loss and shattering changes. Dutch director Oeke Hoogendijk, in Housewitz (international premiere) turns the camera towards her mother and converses with the Holocaust ghosts, in a quirky story of reclusion and isolation.

In Pobo “Tzu” – White Night (European premiere) by Tania Ximena and Yolloti Manuel Gómez Alvarado from Mexico, poetry and nature and interweaved in a ritual as old as time, while Sorrow Tamers (international premiere) by Finnish Mina Laamo is ruminating on the indiscernible layers of sorrow and grief. The Bride (international premiere) by Samira Guadagnuolo and Tiziano Doria offers a taste of the mystic traditions and the ancestral spiritual legacy of the Italian south. Finally, we call it a wrap with the documentary The Invitation (world premiere) by Fabrizio Maltese that invites us to a poetic encounter between two top-notch filmmakers, Abderrahmane Sissako and recently deceased Pol Cruchten, which transcends the irrevocability of death.