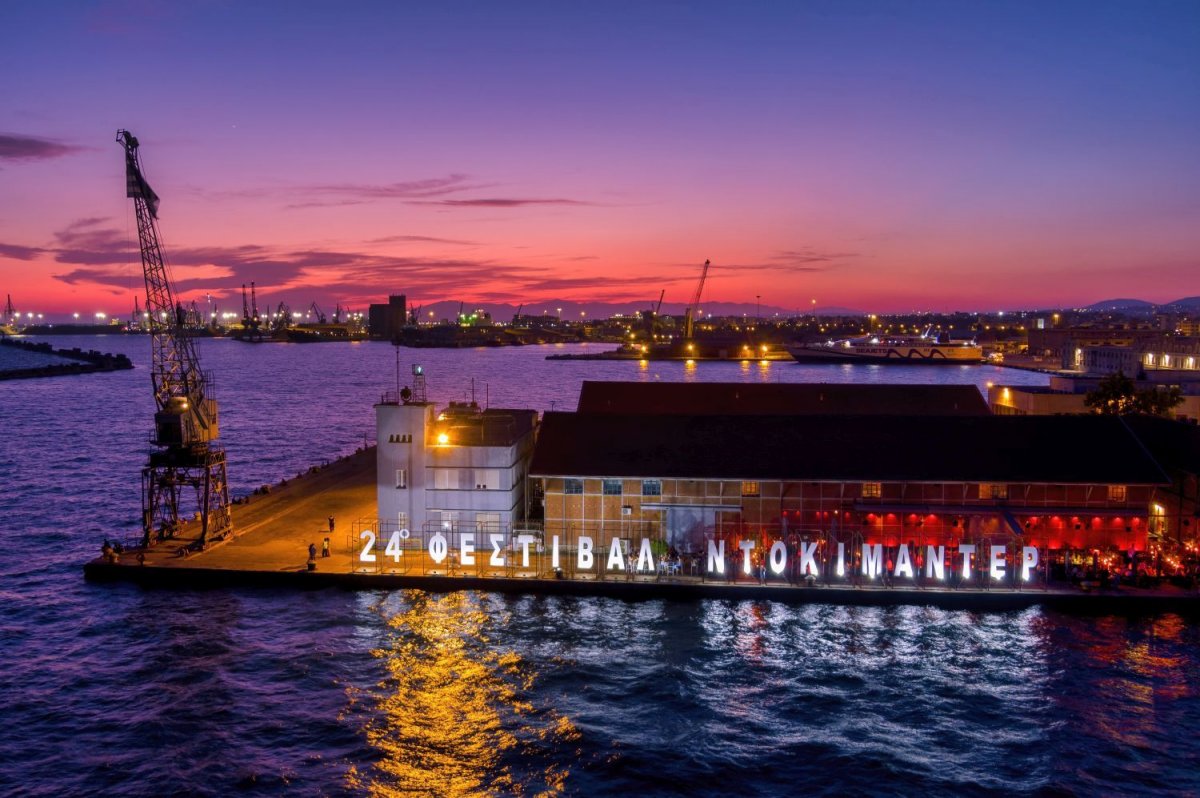 More innovative and enriched than ever, Agora Docs of the 24th Thessaloniki Documentary Festival, the most important film market in the wider area of Southeast Europe, the Mediterranean and the Middle East, is returning for another dynamic edition. Having gone down in history as the first film festival market to be held online amidst the pandemic, Agora Docs is breaking ground once again, making use of all the available tools and new technologies so as to showcase new actions and enhance successful initiatives, in a hybrid festival that will take place both in physical spaces and online.

Agora Docs, as every year, hosts a series of actions, aiming to boost the Greek film industry production and strengthen documentary filmmaking in the wider geographical region. In addition, film industry professionals will take part at Agora Docs, aiming at discovering new films and projects, as well as crafting a network with filmmakers.

We are very happy to announce that 7 of the films that celebrate their premiere at the Official Selection of the 24th Thessaloniki Documentary Festival, were presented and supported by Agora Docs.

Participated in Docs in Progress 2020

Participated in Docs in Progress 2021

Participated in Docs in Progress 2018

Into the Land of Ice and Fire by Dimitra Zirou, Greece, Norway, Serbia (World Premiere)

Participated in Thessaloniki Goes to Cannes 2021

Thessaloniki Pitching Forum is the co-producing and co-financing platform of the TDF, offering the participants the opportunity to discuss their projects, to receive feedback and advice during an online two-day lab and prepare for pitching with the help of documentary professionals. Then, they will present their project at the one-day Pitching Forum to an international panel of experts and have individual meetings with top-notch film professionals. Onassis Culture, consistent in its support towards independent Greek cinema, and within the framework of its collaboration with the Thessaloniki International Film Festival, bestows the Onassis Cinema Award to one of the Greek projects taking part in the 24th TDF’s Agora. The awards of the Thessaloniki Pitching Forum are: The Thessaloniki Pitching Forum Award (2,000 euros), the ERT – Thessaloniki Pitching Forum Award (2,000 euros) bestowed to a Greek project, the Mediterranean Film Institute Award (MFI Script2Film Workshop), that offers a 2,000-euro DocLab scholarship, as well as accommodation in the islands of Nisyros and Rhodes where the MFI takes place), DAE - Documentary Association of Europe Award (Consultation and free membership), the Aylon Productions Digital Services Award (Digitization by Aylon Productions) and the Beldocs Award (Accommodation and accreditation for the next International Documentary Festival Beldocs in May 2022).

This year’s panel of financiers include among others:

The Thessaloniki Pitching Forum International Jury is consisted of:

The tutors for the online project enhancement workshops are:

Τhe projects of the Thessaloniki Pitching Forum are the following:

The Docs in Progress International Jury is consisted of:

The movies of the Docs in Progress section are:

The Agora Docs initiative strengthens the films that are in the post-production stage and offers guidance and advice from experts. The selection is made via the Docs in Progress submissions of the Greek films. One project will be awarded by the tutors with the Guidance Award by Paradiddle Pictures - Denmark.

TRUE TO OUR INNER DAEMON

Casting a glance at the future, Agora Docs hosts a spotlight on up-and-coming documentary filmmakers from the Balkan and Southeast European region, who are at the beginning of their promising career. After successfully focusing on directors and directors from Serbia, this year the focus is on the upcoming talents from Georgia with the support of the Georgian National Film Center.

The participating directors are:

On the occasion of the publishing of his latest book, titled Order in Chaos- Storytelling and Editing in Documentary Films, internationally acclaimed Danish editor Niels Pagh Andersen is sharing methods and experiences from his longstanding career. Since 1979, he has worked as an editor in more than 250 fiction and documentary films, among which stand out the Oscar-nominated The Act of Killing and The Look of Silence. Andersen holds the role of teacher in numerous professional workshops and film schools all over the world.

The mentoring program of EWA (European network for women in the film industry) is targeted to women film producers who already have relevant experience at a national level and wish to evolve the strategic and business development of their company to an international dimension. EWA’s mentoring scheme allows mentees to develop/reinforce specific competences, skills and aptitudes much needed in their profession, such as financing solutions, negotiations, management and business development. EWA network is composed of a group of experienced women film producers who have a successful resume under their belt and have displayed consistent working practices in European/international co-productions, as well as in their overall business development.

Agora provides the chance for live and online meetings with professionals of the film industry. Among the topics discussed are: festival-oriented strategy, doc financing, distribution, media support office, social media and marketing. As every year, Agora Docs offers its full support to documentary films in every possible way.