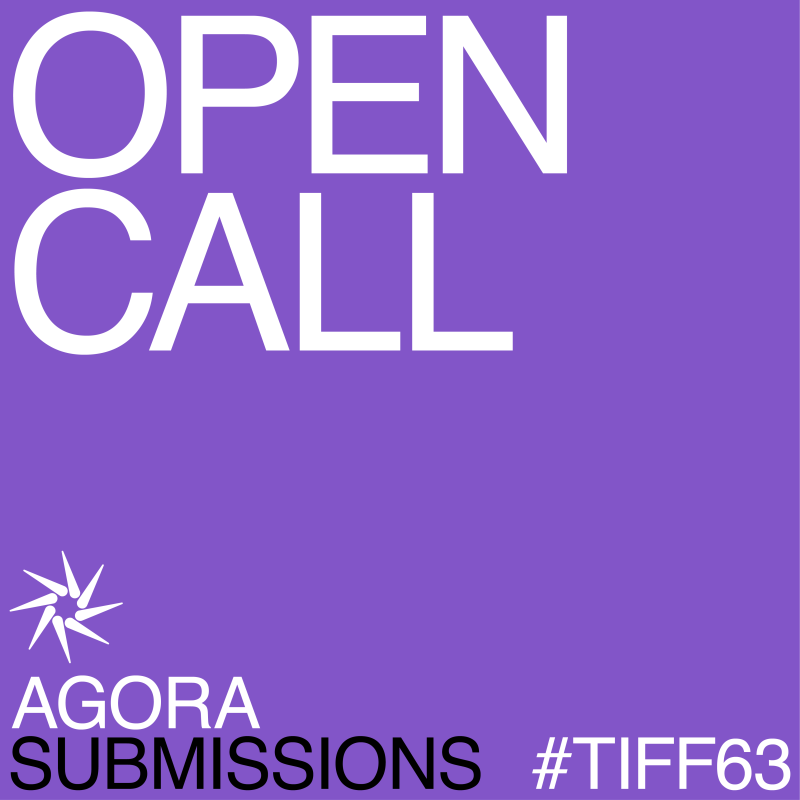 Supporting for another year the Southeastern European, Mediterranean and Greek cinema, Agora, the Industry section of the Thessaloniki International Film Festival that has been supported for years by Creative Europe Media, invites filmmakers to submit their film projects and films to the sections Agora Film Market, Crossroads Co-production Forum and Agora Works in Progress, in the framework of the 63rd Thessaloniki International Film Festival (3 - 13/11/2022). The Agora continues the successful initiatives Thessaloniki - Locarno Industry Academy, Meet the Future and Agora Short Film Lab and presents the new voices of Greek cinema.

The 18th Crossroads Co-production Forum (November 6–10) of the Thessaloniki International Film Festival is announcing its Call for Entries.

Crossroads specialises in discovering emerging talents from Southeastern Europe and the Mediterranean regions. The application is open to experienced directors and producers as well as first-timers. The projects should be either produced or co-produced by a country within these regions or contain elements in the story that link them to these regions.

Will you be shooting your film during the summer? Submit your work to the Agora Works in Progress (November 6 – 10) in the framework of the Agora. Industry professionals from all over the world gather in Thessaloniki to watch the upcoming films from Southeastern Europe and the Mediterranean regions.

The Agora Works in Progress hosts sessions reserved only for the industry accredited guests. They will be presented to sales agents, distributors, producers and festival programmers. In this way, the professionals have access to films from the countries of the Balkan, Mediterranean and Central European regions just before completion.

The Agora Film Market (November 4 - 12) promotes the majority of the feature films participating in the official sections of the Thessaloniki International Film Festival. The Film Market includes additional titles from the countries that Thessaloniki Agora focuses on giving them the opportunity to find their way to other international film festivals, sales agents and distributors. Also, the Film Market includes a selection of Greek films produced within the past two years.

The Locarno Film Festival and the Thessaloniki International Film Festival are launching applications call for Industry Academy, a joint initiative aiming to give a significant boost to the careers of new film professionals from South East Europe, the Northern Africa and the Mediterranean countries in priority, but it will also include international participants from the Locarno Industry Academy’s partner regions (Europe, Latin America, Middle East, Switzerland, USA and S. Africa). It is a training program created to help young professionals of the cinema industry –sales agents, distributors and new media professionals– to extend their experience and networking in the fields of international sales, marketing, distribution and programming.

The young sales agents, distributors and new media professionals who will participate in the Industry Academy International in Thessaloniki will take part in a special workshop during which they will have the opportunity to interact, share experiences and meet with key players of the international film industry, for discussions, case study presentations and group workshops.

Applications for the 63rd TIFF will open soon.

Taking place across three days and comprising sessions, seminars and talks with experienced professionals about various parts of the industry, the Agora Short Film Lab brings together directors of award-winning short films at the Clermont-Ferrand International Short FF and the Drama International Short FF to facilitate their acclimatisation to the industry with an emphasis on the transition from short to feature filmmaking.

In 2019 we presented fifteen (15) film directors of short films which have participated in the last five years at major film festivals around the world or have earned an Academy Award nomination and are in the process of developing or completing the first feature film.

In 2020 we presented eight up-and-coming Directors of Photography who have already worked on short films and maximum one feature film and have been awarded for their work in a Greek festival or participated with their films in a major international film festival.

In 2021 we presented seven Film Editors who have worked on at least one feature film, and a short or feature film they have edited has participated in the Competition Section of Thessaloniki IFF or one of the major international festivals.

Head of Crossroads Co-production Forum: Angeliki Vergou This email address is being protected from spambots. You need JavaScript enabled to view it.

Agora Coordinator: Errika Zacharopoulou This email address is being protected from spambots. You need JavaScript enabled to view it. .