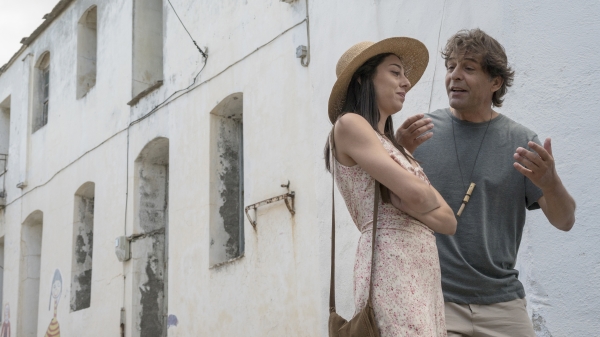 He lives and works in Athens. In 1962 he started working as a camera assistant in renowned Greek studio Finos Films and three years later he took over as director of photography in the French-Greek production To bloko [The Block] (1965), directed by Adonis Kyros. He was a leading director of photography during the 1970s and 80s in Greece, working with directors like Theo Angelopoulos, Pantelis Voulgaris, Demos Theos, Nikos Panagiotopoulos, Nikos Nikolaidis Alexis Damianos, Tonia Marketaki, Nikos Perakis, Yorgos Tsemberopoulos etc. He directed his first short film in 1967, which was subsequently censored by the Greek junta. His first feature film, Honeymoon, which he wrote, directed, produced, DoP’d and edited was presented in the Thessaloniki Film Festival and went on to win Best New Director, Best Actor and Best Actress. Τill today he has directed six more feature films. Being a cinematographer, he has been director, producer, scriptwriter, DoP. and editor of almost all his films.

1979 Honeymoon
1981 A foolish Love
1985 Mania
1988 Love Me Not
1995 Love Knot
2001 Athens Blues
2004 Testosterone
2018 In This Land Nobody Knew How to Cry
Something magical is happening in a small uncharted island, somewhere in the Aegean Sea: Two unsuspecting foreigners, a French member of the European Parliament and a young economist, arrive in idyllic Armenaki with a fishing boat and become acquainted with the bizarre lifestyle and subversive moral values of its people. Money is obsolete and… no banks, no streets, no cars, no rooms to let. They will meet the erratic teacher and the lavish widow of the island and let themselves get carried away by the vortex of love and this charming place that has the power to change people’s lives.
Screening Schedule

In This Land Nobody Knew How to Cry