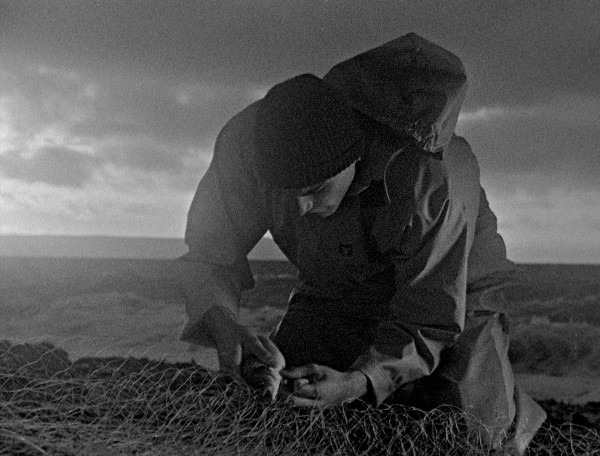 Habits have drastically changed in this seaside village in Cornwall. Fishing has handed over the baton to tourism and folkway serves as a mere postal card decor; the locals have turned their time-honored way of life into a “bait” to lure wealthy visitors. Martin, a proponent of longstanding tradition, and Steven, an adaptive apologist of the new ways, are two siblings who represent the two facets of a shifting reality. Tension is rising, and an imminent tragedy is about to seal the two brothers’ fate. A crude and mesmerizing journey in chiaroscuro, shot in 16mm, with a Bolex camera. An ominous dream that bids a painful farewell to a world destined to vanish.
Screening Schedule

Mark Jenkin is a British filmmaker and screenwriter based in Cornwall. He first came to notice in 2002 thanks to his debut film Golden Burn. Numerous award-winning documentaries, shorts and low-budget feature films followed this success including Man Who Needed a Traffic Light, The Rabbit and The Lobsterman, a documentary on the life of Cornish playwright Nick Darke.