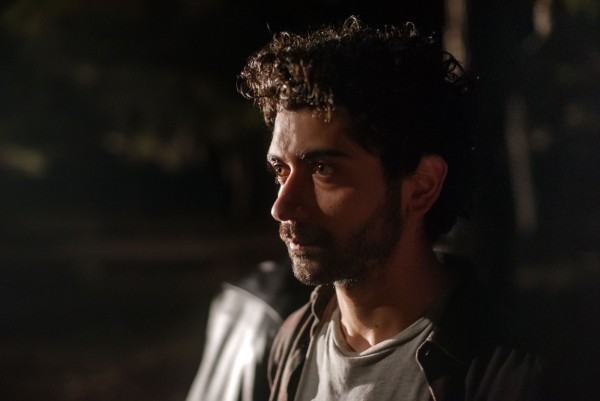 It is about the encounter between two sensitive and fragile people at a difficult time in their lives. Maria, a Greek police officer transferring to Lesvos island, and a Syrian Refugee arriving at the island. Their relationship will be short but intense, and will change the way they see this world.

Born in Tehran (Iran), Sepideh Farsi moved to Paris to study Μathematics. After several years of photography, she started making shorts and documentaries, such asHarat and Teharn Without Permission, which both premiered in Locarno. Her first two features, Dreams of Dust and The Gaze premiered in Rotterdam. She then directed The House Under the Water, followed by Cloudy Greece and Red Rose, that premiered in Toronto.

I Will Cross Tomorrow