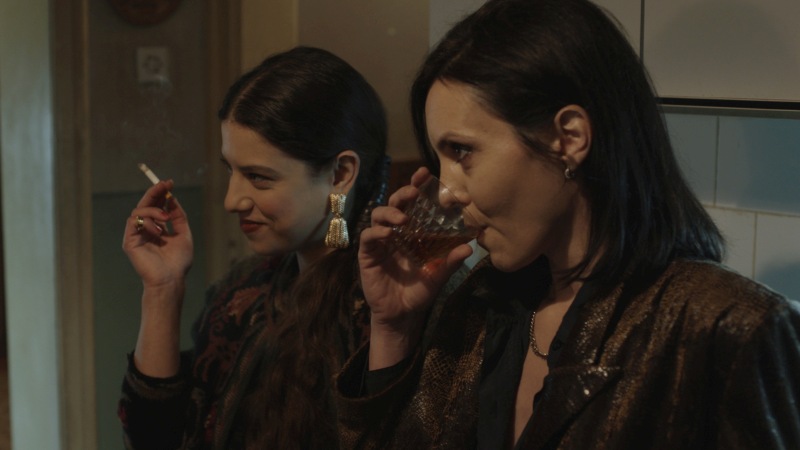 In Belgrade, 1993 Marijana throws a costume party for her daughter’s 8th birthday, with family and fellow parents attending. Grabbing the rare opportunity when their children are kept entertained in the other room, the parents open a few bottles in the kitchen and enjoy their reunion. Marijana suddenly realizes that she longs for more than a bunch of drunken guests and an inattentive husband, so she sets out to discover the thrills the night has to offer. She sneaks out of the house strolling around the empty streets, seeking genuine experiences instead of mere substitutes. While she reaches an orgasm and smokes a cigarette with a stranger, the party slowly disperses, just like Yugoslavia, the country Marijana and her friends were all born in.

Milica Tomović (1986. SFR Yugoslavia) graduated from the Academy οf Dramatic Arts in Belgrade in 2011 with the omnibus film October, which she made together with her classmates. The film was shown in Cottbus, Trieste, Sofia Film Meetings, Isola Cinema, and others. In 2016, her short film Transition had its International Premiere in Locarno (Pardi di domani), followed immediately by a premiere in Toronto (Short Cuts). Transition won several awards, including the Golden Plaque in Serbian in the short fiction film selection of the Belgrade FF, the Heart of Sarajevo Best Short Film Award in the Sarajevo FF. She directed five episodes of Morning Changes Everything, a successful Serbian TV series in 2018.