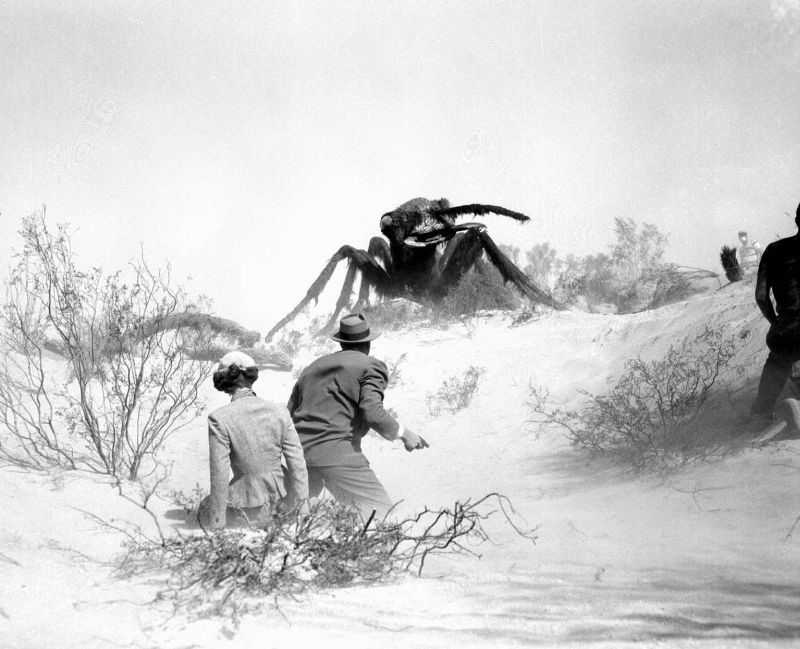 “The space between us: From sci-fi to cli-fi”: The 61st TIFF announces its core tribute

Rare and lesser known sci-fi films, unexpected, cult and provocative, which used allegory to talk about some of the most important, complex issues of human existence, are presented in the core tribute of the 61st Thessaloniki International Film Festival, titled “The space between us: From sci-fi to cli-fi”. These issues have resurfaced in the most urgent way because of the pandemic and its consequences, proving how timeless, current and universal they are.

The anxieties we experienced in the last few months, the fear of the unfamiliar and the unknown, our dystopian relationship with the environment, and the desire for a more substantial approach to diversity are revealed through the tribute.

In a historical moment that brings to mind a science fiction film, the Festival turns to a favorite cinematic genre in order to highlight unknown aspects of it, such as climate fiction (cli-fi). The recently appeared term has been used to pinpoint films that use the sci-fi tools to speak about human intervention in the environment, natural disasters, the terror of the nuclear energy and the climate change.

The tribute will focus on the second half of the 20th century. As early as the 1950s, when the great issues posed by the Cold War first appeared (the arms race and the space race, the nuclear nightmare, the fear of imminent disaster) fueled the imagination of filmmakers who used science fiction to comment on our relationship with the other, with ourselves and with our environment.

Prophetic, political, sometimes dystopian, these films scare, entertain, fascinate. Them! (USA, 1954) by Gordon Douglas is a typical example. In the film, a series of atomic tests in New Mexico cause ants to mutate into giant man-eating monsters that threaten civilization. In the post-apocalyptic Silent Running (USA, 1972) by Douglas Trumbull, Bruce Dern plays an astronaut who in a dystopian future, when all vegetation on Earth has been destroyed, gets the order to destroy the last greenhouse. In O Anunciador - O homem das tormentas by Paulo Bastos Martins a foreigner arrives in a small village whose inhabitants are occupied suddenly by supernatural forces. In Sexmission (Poland, 1984) by Juliusz Machulski, a cult political satire from Poland, shot during the communist rule, two men wake up after a nuclear war in an underground society composed exclusively of women. In Death Ray on a Coral Island (China, 1980) by Hongmei Zhang, the USA is presented as a cunning super-power that will use all possible means -from industrial espionage to… dancing, in order to steal China’s futuristic weapon.

Τhe Festival continues its series of special editions, that started in the 22nd TDF with the Anthropocene Epoch and is preparing a bilingual special edition with articles and essays that explore the allegorical dimensions of sci-fi, especially cli-fi, and provides detailed information about the films in the tribute, but also about other films that dealt with similar issues.