The THESSALONIKI - LOCARNO INDUSTRY ACADEMY INTERNATIONAL designed a tailor-made program for 6 selected participants that will provide each with a better understanding of the local and worldwide film industry, at the same time encouraging them in active discussion about current global trends and developments.

Given the current situation and the decision made by the festival of a physical event adapted to local audience and industry, the Academy -this year only- opened to participants living in Greece and accepted application also for producers. 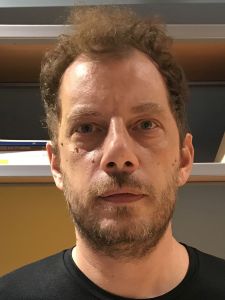 Konstantinos Aivaliotis
Project manager of the Thessaloniki Locarno Industry Academy International 2020
Konstantinos Aivaliotis holds a PhD in visual anthropology, specializing in film festivals and their role in the education of the professionals of the film industry. He is a graduate of the Department of Social Anthropology at Panteion University and holds two postgraduate degrees, on the Anthropology of Education and “Sciences de l&#39; éducation” (France, university Rouen) and on Visual Anthropology (England, Goldsmiths College). From 2008 to 2016 he worked as programmer at the Athens International Film Festival ‘Opening Nights’, and from 2017-2020 he served as Director of Promotion at the Greek Film Centre. Today he is the director and a founding member of ETHNOFEST organization and the titular festival.

Here are this year's six (6) participants: 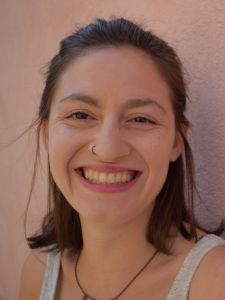 Dafni Bechtsi
Cinobo / Founder, CEO, Managing Director
Dafni, born and bred in Thessaloniki, is a 27 year old molecular parasitologist that moved to Athens after 9 years of living in Glasgow to take an 180° turn of career and create Cinobo, a Greek streaming service devoted to independent cinema. Her experience in academic research and the opportunities she was given having been raised in a family with decades of expertise in the film industry allowed her to bring the first Greek sVOD platform to life. Cinobo currently offers the largest curated online library of independent cinema in Greece and it distributes selected titles, collaborates with local institutions and runs and supports cinema-related events. Dafni hopes to have a role in establishing new business models and collaborative solutions to support the local industry and film community and envisions that Cinobo can play part in shaping an innovative future for the film industry. 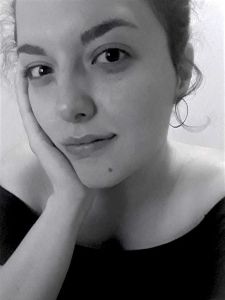 Hermione Efstratiadou
asterisk* / Film Marketing Executive
Hermione began her journey in cinema as an intern at Thessaloniki Documentary Festival and she continued working at Thessaloniki International Film Festival as a staff member. For the past year, she has worked as a Film Director’s Assistant. Currently working as a Film Marketing Executive and Production Assistant. Hermione graduated from Aristotle University in 2017, where she studied Journalism and Mass Media. 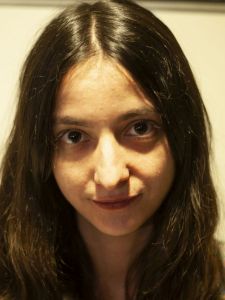 Chrysanthi Karfi Koi
Haos Film / Producer
Chrysanthi started working in various positions in production and in the AD department in 2015. In 2017 she joined as an Associate Producer Athens-based filmmaker run production company and post studio Haos Film (‘Attenberg’, ‘Alps’, ‘Before Midnight’-Line producing, ‘Chevalier’, Athens Olympics opening ceremony video creation). Her first feature as a Producer with Haos was “Digger'' directed by Georgis Grigorakis (70th Berlinale- Art Cinema CICAE Award, Sarajevo FF-Heart of Sarajevo for Best Actor). Chrysanthi is now producing on behalf of Haos Film the documentary “Second Home'' by Ioanna Tsoucala which has been funded by the Greek Film Center and the Hellenic Boradcasting Corporation (ERT). With ‘Second Home’ she was also one of the 30 international producers selected for the 2020 edition of Eurodoc Producer’s Workshop. Furthermore, she is working alongside director/writer/ producer Athina Rachel Tsangari on the development of her upcoming projects as well as renown photographer’s Ari Marcopoulos’ documentary ‘Refused’. 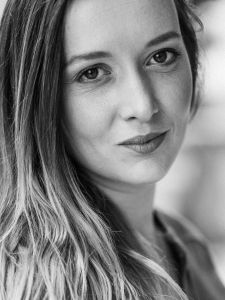 Romanna Lobach
AKRAN / Producer
Romanna Lobach graduated with a BA in acting from the Drama School of Athens Conservatory in 2013. She started her career as an actress when she was only 11 years old and up until now she has acted in over 20 short and feature films. She has been awarded for her performance in the films “OLLA” by Ariane Labed in 2019 and “4 March” by Dimitris Nakos in 2015 in festivals in Greece and abroad. Moreover she was selected in Talents Sarajevo Film Festival in 2017 and she is a regular member of the Hellenic Film Academy. She has worked as a copywriter in the advertising firm McCann Athens. Because of her special relationship with the field of cinema since the beginning of her acting career, she has decided to aspire for a career as a film producer. In the last 3 years she has been working with various production companies in different projects and at the same time she is developing her first films as a producer with her own production company, AKRAN. Her first short-film “SKIN” by Manolis Mavris premiered in the PÖFF Tallinn Black Nights Film Festival 2019. 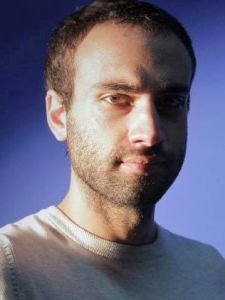 Sotiris Petridis
Freelance Film Producer
PhD, School of Film Aristotle University of Thessaloniki
Sotiris Petridis is a freelance filmmaker and producer based in Thessaloniki, Greece, with several short films, a feature film and selected audiovisual spots in his filmography. He is a member of the Greek Film Academy, a member of the European Film Academy, and a member of the Greek Screenwriters Guild. He has been systematically writing scripts and producing films, while he has also directed four short films, which have been screened around the world and awarded by several international film festivals. His first feature film (as a screenwriter and a producer), Scopophilia (2018), premiered at Thessaloniki International Film Festival, where it won the Special Youth Jury Award. In 2019, he participated in Sarajevo Talents, which is organized by the Sarajevo Film Festival and the Berlin International Film Festival. Following his first participation, he was accepted again in Sarajevo Talents in 2020, which is a rare event for a filmmaker to participate twice in this event. Finally, he is currently conducting his postdoctoral research at the Film School of Aristotle University around the narrative structures of series produced for SVOD platforms. 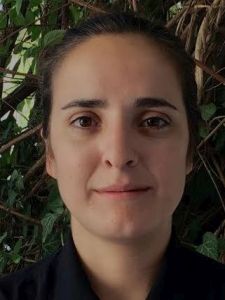 Magda Vaz
Thessaloniki Animation Festival / Festival programmer
Graduated from Fine Arts in the University of Barcelona and having a postgraduate degree in Documentary Films in the cultural center Francesca Bonnemaison, Magda Vaz continued her master studies in Cultural Management at the Universitat Oberta de Catalunya. She had co-curated the selection of films for the Thessaloniki Queer Art Festival for two consecutive years and at the same time, last year, she developed a film festival called ‘Films from the South’ in Thessaloniki, which was based on audiovisual projects that break the dominant binary structures to present new intersectional narratives between class, race, gender and religion. Currently she collaborates with the 6th Edition of Thessaloniki Animation Festival in the programming and management department.