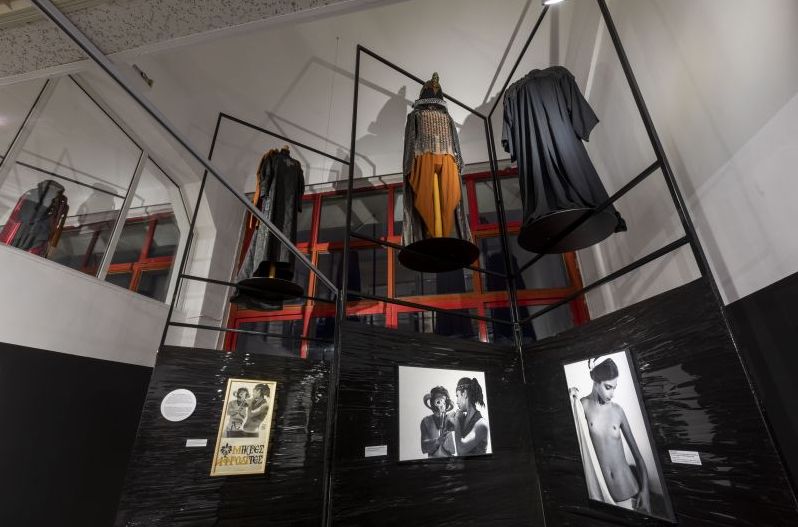 Opening of the exhibition “The unknown artist Nikos Koundouros”

The 60th Thessaloniki International Film Festival hosts a large exhibition dedicated to the pictorial work of Nikos Koundouros. Through the paintings of the iconic director (with a considerable part presented for the first time in public), the exhibition showcases the Greek director’s visual universe. The exhibition also includes oil paintings, sketches, costumes, masks, handwritten letters, diaries, notes – including his favorite self-portrait palette.

The opening of the exhibition “The unknown artist Nikos Koundouros” took place on Saturday, November 2nd, 2019, at the Former Nursery School (Pier 1, Thessaloniki Docks). The event was introduced by the Artistic Director of the Festival, Mr. Orestis Andreadakis, saying that “today, a huge, old dream of the Festival finally comes true.” He also noted that the opening of this big exhibition dedicated to Nikos Koundouros coincides with the 60th anniversary of the Festival. During the first Festival, in September 1960, Koundouros’ film The River was presented with the award for film direction, and was also awarded for the music that Manos Hadjidakis had composed. “I just want to thank the people that contributed to the realization of this exhibition, that took more than 9 months of work. First, I want to express my warmest thanks to Nikos Koundouros’ wife, Ms. Sotiria Matziri, who opened her home for us and her treasure chests. I would also like to thank the curator of the exhibition Mr. Yorgos Mylonas, of course, that took care of the works’ coming here; Ms. Maria Karamitsopoulou, scientific advisor of the exhibition; Mr. Thanos Stavropoulos, for the coordination and production of the exhibition; K&K Architects office, who took care of the installation of the works, which proved quite a task. I would, naturally, like to thank MOMus, that always helps us; and, certainly, my special thanks to the Thessaloniki Municipality that allowed for the use of this space, the former Nursery School. We are delivering it clean and tidy to the Municipality”, Mr. Andreadakis noted, calling at the same time the mayor of Thessaloniki, Mr. Konstantinos Zervas, to inaugurate the exhibition.

Mr. Zervas on his part stated that he could imagine nothing more significant and beautiful for the Festival’s 60th anniversary than this great exhibition. “For us all who loved him dearly mostly through his work as filmmaker and heard about his multifaced talent, we could not imagine the scope of his work and the exhaustive quality of his personality. His character was at the same time Roman, Byzantine and European, with that specific obsession with Crete, Greek mythology and tradition, influenced by Kontoglou, Moralis, Tsarouchis; and, of course, with his love for Manos Hadjidakis. What can one learn, read or see by wandering in this exhibition! This undertaking by the Festival was really of the greatest importance and that is the reason we are thankful for the people who offered us this great gift: the opportunity to witness this collection. It is something to take with us along with the legacy of 60 Festival years. We wish all the best to such undertakings and we wish this space is always filled with beauty, glory and smiles” the mayor of Thessaloniki stated, inaugurating the exhibition.