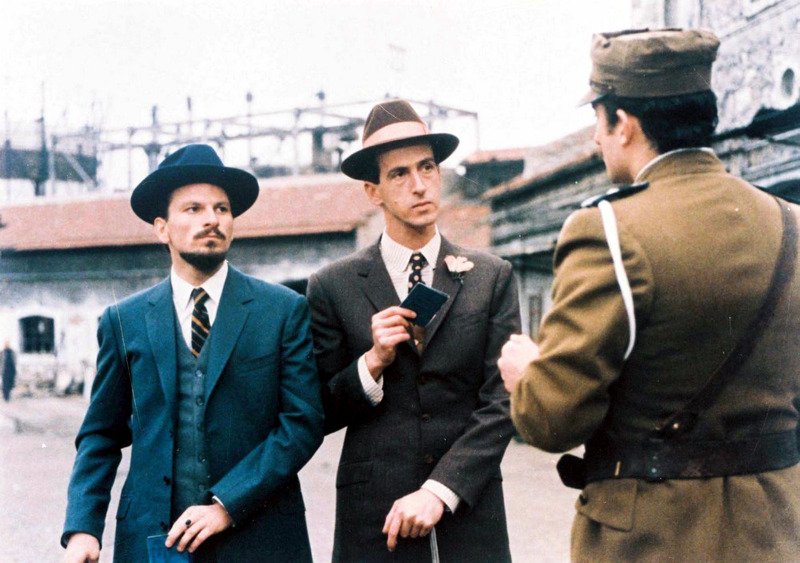 The 59th Thessaloniki International Film Festival presents a large tribute to the Greek queer cinema, with a selection of 38 short and feature films dating from the late 1960s to the present day that showcase a lesser-known chapter in the history of Greek cinema.

The line-up is comprised of rare films that laid the foundations of the genre, others that were unable to reach the public in conservative times, but also films that contributed in people coming out of the closet, as well as the works that established the New Greek queer cinema and introduced it to audiences abroad.

This is the first time that these films are presented as an extended tribute in Greece. The 59th TIFF tribute is curated by Konstantinos Kyriakos, Associate Professor of Theatre and Film Studies at the Department of Theatre Studies, School of Humanities and Social Sciences, University of Patras, Greece. As he notes: “What is even more important is the radical gesture to organize a retrospective tribute to queer/gay Greek cinema at the annual national and historical Greek film festival (…) A tribute that, on the basis of selective criteria features a combination of films that are undoubtedly part of the gay/queer trend of the Greek cinema: some pioneering and unique, others justifiably honoured and awarded in Greece and abroad, and others unfairly unappreciated; all, however, representative”. The Greek Film Centre and the Greek Film Archive contributed in the tribute.

In the Face of Medusa by the late celebrated Greek filmmaker Nikos Koundouros (1967) and Orestes by visual artist Vassilis Fotopoulos (1969) are two of the films that paved the way for the Greek queer cinema, employing the explicit representation of the male body at a time when queerness was a social taboo.

In the 80s, the Greek queer cinema leaves censorship behind and attempts to gain wider recognition, especially in particularly crucial times due to the AIDS. One of the genre’s landmark films is Angelos by Giorgos Katakouzinos (1982), based on a true murder story that shocked the Greek society; the film was bestowed the awards of Best Film, Best Screenplay and Best Actor in the 1982 Thessaloniki IFF. The films On the Cosy Side (1981) and Meteor and Shadow (1985) by Takis Spetsiotis look at homosexuality through the controversial stories of bohemian Greek poets living in the 60s and the early 20th century respectively. The films Fog Under the Sun by Nikos Ligouris (1980), Poste Restante Omonia by Haris Papadopoulos (1982), Topos by Antoinetta Angelidi (1988), ...deserter by Yorgos Korras and Christos Voupouras (1988) and When there is Full Moon Nobody Sleeps by Pantelis Pagoulatos (1989) centre on various aspects of the homosexual experience, such as the gay hustling areas, the gender metamorphoses and the military milieu.

Entering a new era in the 1990s, the Greek queer cinema seems to cut ties with the past and ‘refreshes’ its identity. The films deal with the queer community issues in an authentic, passionate and uncompromised fashion. Constantine Giannaris, Christos Dimas and Panos H. Koutras are three of the period’s pioneer filmmakers. The tribute presents a selection of their most typical films. Trojans (1990), North of Vortex (1991), Caught Looking (1991) and A Place in the Sun (1994) by Constantine Giannaris explore the life of Greek poet Constantine Cavafy, as well as sexual desire and fantasies. The tetraptych Four by Christos Dimas -composed of the shorts A Sky Full of Stars (1995), Tender (1997), Breath (1998) and Amerikanos (1999) - depicts the “dark times” of AIDS, while The Attack of the Giant Moussaka by Panos H. Koutras (1999) makes up for an ingeniously ironic camp film.

The New Greek queer cinema travels in international film festivals and continues to boast of films that express the sexuality and concerns of the LBTQ community in the most avant-garde ways. Blending film genres, The Slow Business of Petra Going by Athina Rachel Tsangari (2001) is a chronicle of personal and global collisions between male and female. The films Men Don’t Cry by Kyriakos Hatzimichailidis (2001), True Blue by Giannis Diamantopoulos (2005) and Ι Αm Gay by Nikolas Kolovos (2008) are social dramas that tackle coming out and family relations. A Woman's Way by Panos H. Koutras (2009) is an iconic film that succeeded in reaching a wide audience in Greece and abroad, overcoming gender boundaries.

After this, the Greek queer cinema is officially out of the closet. The tribute also presents some of the most recent offerings of the queer genre. In the Woods by Angelos Frantzis (2010) unfolds a paganistic journey of two boys and a girl into the nature. Inspired by the works of the famous gay Greek painter Yannis Tsarouchis, Diptych-The Love That Dare Not To Love by Panagiotis Evangelidis (2011) contemplates on male beauty, while a chance encounter between three people leads to unpredictable situations in Venus in the Garden by Telémachos Alexiou (2011). Two anti-heroes conduct their own rebellion against the norm in The Rebellion of Red Maria by Costas Zapas (2011). The Guide by Zaharias Mavroeidis (2011) focuses on the identity crisis of a young tour guide in contemporary Athens. The ups and downs in the relationship of a gay couple take centre stage in Fuck Freud by Adam Karypidis (2012), while 7 Kinds of Wrath by Christos Voupouras (2014) follows a gay man’s quest for love and intimacy.

The tribute is complimented by the documentaries Kaliarda by Paola Revenioti (2014) and Obscuro Barroco by Evangelia Kranioti (2018, Teddy award, Berlin IFF).

It is worth noting that the 59th TIFF will host two accessibility format screenings for two of the tribute’s films: Meteor and Shadow by Takis Spetsiotis and A Woman’s Way by Panos H. Koutras. These films will be screened with audio description [AD] for the blind and visually impaired and SDH [Subtitles for the deaf and hard-of-hearing] (curation and certification by the Movement of Artists with Disabilities). The project is collaboration between TIFF with the Onassis Foundation and the Onassis Cultural Centre as accessibility sponsors. Accessibility conditions are implemented in collaboration with the Movement of Artists with Disabilities.