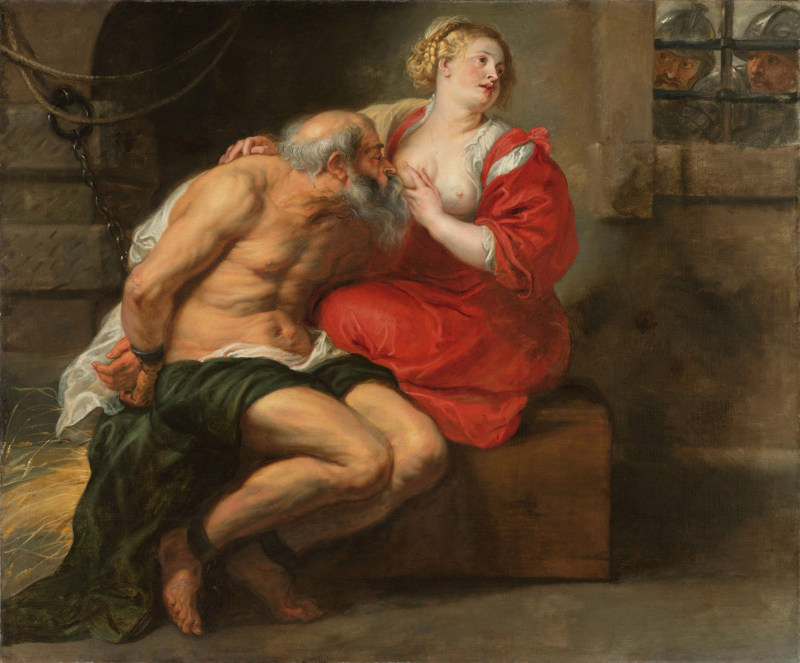 The concept behind this year’s IC

The festival selects the IC films guided by caritas romana / roman charity, a classical yet lesser-known art theme that inspired numerous artists through time. It is the story of a woman, Pero, who secretly breastfeeds her aging father Cimon, who is sentenced to die by starvation, and thus restores his strength. With this noble deed, Pero goes beyond herself, her body and her social role as mother and daughter. This special transition and role variability is common ground in the films of the International Competition section, in different ways.

“Pero’s charity reflects not only family solidarity, but also a brave political act that establishes new social relations and cultural symbols," notes TIFF’s Artistic Director Orestis Andreadakis, adding: “Today we can reexamine this story in the light of recent theories about woman’s role, the decline of patriarchy, the heteronormativity of gender roles and the performativity of the social gender”.

The foreign films of the International Competition section are:

All Good by Eva Trobisch (Germany): Locarno’s Best First Feature winning film masterfully explores post-rape trauma as seen from the point of view of the victim; a woman who downplays the event and continues her life despite her inner torment.

Chained for Life by Aaron Schimberg (USA): A beautiful actress struggles to connect with her disfigured co-star on and off the set of a horror movie. Blurring the line between fantasy and reality, the film provokes thoughts about beauty and exploitation.

Holiday by Isabella Eklöf (Denmark-Netherlands-Sweden): Set in sunny Bodrum, Turkey, Eklöf’s unsettling debut is a clinical yet profound take on female abuse centered on the beautiful girlfriend of a ruthless mobster.

The Guilty by Gustav Möller (Denmark): Set in a claustrophobic emergency call center, this gripping thriller shares in real-time the story of an alarm dispatcher who enters –on the phone- a high tension race against time to save a kidnapped woman.

Manta Ray by Phuttiphong Aroonpheng (Thailand): Inspired by and dedicated to Myanmar’s Rohingya refugees, the film meditates on shifting identities and homeland, unfolding the mysterious story of a fisherman who rescues a mute injured man.

Meili by Zhou Zhou (Taiwan) International Premiere: Through the multiple challenges faced by its heroine, the film talks about family ties, financial strains and sexual identity, revealing an eloquent kaleidoscope of life in contemporary China.

Pearl by Elsa Amiel (France): The film becomes a powerful study on femininity, beauty and motherhood, through the story of a female bodybuilder who is visited by her estranged young son while intensely preparing for the international championships.

Ray & Liz by Richard Billingham (UK): In his autobiographical debut feature, celebrated photographer Richard Billingham paints the remarkably vivid portrait of his family, based on the memories of his deeply dysfunctional parents.

Socrates by Alex Moratto (Brazil) European Premiere: Produced by Ramin Bahrani and a crew of teenagers from low-income Brazilian communities of UNICEF’s Querô Institute, Moratto’s captivating debut chronicles the struggle for survival of a grieving teenager living on the margins of São Paulo.

Sofia by Meryem Benm' Barek (France, Qatar): The film (Best Screenplay, Cannes Un Certain Regard) sheds light on pregnancy outside marriage in the director’s own country, Morocco, by cleverly juxtaposing the traditional and modern values, in the prism of social class hypocrisy.

We the Animals by Jeremiah Zagar (USA): Adapted by the novel of Puerto Rican-American author Justin Torres, this lyrical, emotional family portrait looks at the youngest of three biracial children who copes with his preteen sexuality and issues of domestic violence.

The Greek films participating in the International Competition section of the 59th TIFF will be announced soon.

Based on the “caritas romana” concept, TIFF invited 15 young Greek artists to watch the films of the IC section, become inspired and create 15 original works for each one of them. These works will be presented for the first time in the exhibition organized by TIFF in collaboration with the Contemporary Art Centre of Thessaloniki, with the support of NEON Organisation. The participating artists are: Dimitris Ameladiotis, Dimitris Efeoglou, Zoe Giabouldaki, Elias Kafouros, Anastasia Mina, Malvina Panagiotidi, Nefeli Papadimouli, Valia Papastamou, Kostas Pappas, Alexandra Petranaki, Hara Piperidou, Lysimachos Polychronidis, Nana Sachini, Babis Venetopoulos, Ioanna Ximeri.