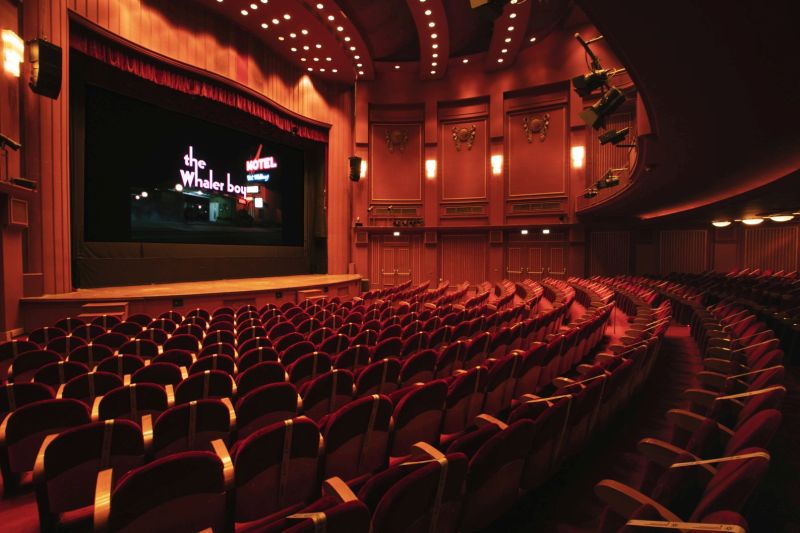 We would all meet at Olympion theatre, on the opening night of the 61st Thessaloniki International Film Festival. However, our plans have changed due to the coronavirus pandemic conditions. Therefore, we have decided, as a token gesture, to give life to the theatre, hosting a closed-door screening of the opening film, with no audience.

On Thursday, November 5, at 19:00 EET, at the very moment the audience would be looking for their seats in the theatre, the lights went on again at the Olympion theatre, the film projector started working and the 61st Thessaloniki International Film Festival launched its symbolic screening. We simply wanted to show our love and commitment to the film theaters having rough times. For us all who were not there, the screening of the 61st edition opening film, The Whaler Boy, has just started in the big screen. StraDa Films will distribute the film in Greece.

The Whaler Boy, directed by Philipp Yuryef, was available online on Thursday, on the Film Festival online platform. It is a human story unfolding the dreams of a different life. In a whale-hunting village in the Bering Strait, Leshka, a 15-year-old boy, falls in love with a girl from Detroit. Finding his “sweetheart” chatting with someone else, jealousy-stricken Leshka sets out for an unthinkable odyssey. Set in the symbolic merging point between the old ways and the future, this tender coming-of-age story portrays the turbulence of youth and first love.

Prior to the opening film screening, the opening video was screened, featuring the motto “Cinema, no matter what – Festival, no matter what”. Lina Mendoni, Minister of Culture and Sports, Apostolos Tzitzikostas, Regional Governor of Central Macedonia, Konstantinos Zervas, the Mayor of Thessaloniki, saluted the Festival. The Festival staff also gave their greetings and wishes. You may not see them this year because of the special circumstances we live in, but make no mistake: they will be there in every step of the way, throughout the online version of the 61st TIFF.

Below you can find the 61st TIFF’s video with greetings and wishes:

There was also another video screened in the Festival opening, where Dimitris Fragkakis, Secretary - General of EOT (the Greek National Tourism Organisation), saluted the Film Festival. Watch the video: