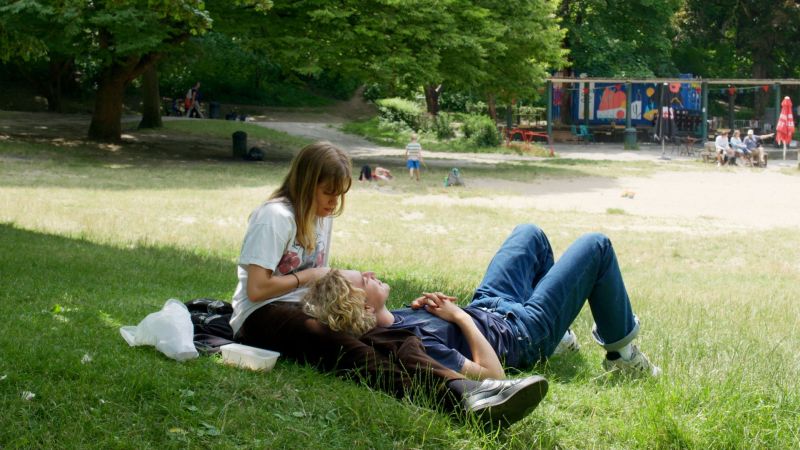 Next Gen: Films for children and young adults

Films with an innocent yet wary gaze at reality, which learns to read the world.

In Memphis, one of the USA’s most distressed cities, the Stax Music Academy is an oasis. Founded in 2000, the Academy continues the legacy of Stax Records, the legendary 60s soul label which was a refuge and an active space for dialog during the Civil Rights movement. By learning and understanding soul music in after-school programs, teenagers embark on Black Americans’ legacy and open themselves to new future prospects. A musical odyssey through history and the concerns of a new generation.

They were just regular high-school students – playing sports, studying for finals, goofing off, dancing, and dreaming. And then, on February 14, 2018, in just seven minutes, everything changed. In the aftermath of the nightmarish shooting that took 17 lives, the students of Marjory Stoneman Douglas High School in Parkland, Florida became something else: traumatized, angry, and imbued with unalloyed purpose. This remarkable film follows the teens on their journey of political activism and growth after the indelible shooting in a coming-of-age story that manages to be equal parts heartbreaking and hopeful.

After more than two years in captivity with ISIS, Yazidi Ghazala and her two small boys are released and return to Iraqi Kurdistan. Four-year-old Imad is explosively aggressive and his favorite pursuits are stoning rabbits and beheading dogs. With patience and respect, Zahavi Sanjavi has closely followed Imad and his traumatized family for several years. With the help of a teacher, Imad begins to take small steps to find his way back to a normal childhood.

The Last Child of Arki Island

Christos is 12 years old. He is the last child of Arki, a small island located in the far east of Greece. Less than forty inhabitants live there all year round. For the last four years, the primary public school has remained open for one pupil only. Maria Tsialera, Christos’s teacher, travels every week to Arki from the neighboring island where she lives to ensure his schooling, convinced that learning is essential for the development of this insular child. At the end of his primary school years, Christos might work with his parents and his older brothers in the family farm. But Maria Tsialera is doing whatever she can for him to continue his scholarship on another island.

A poetic mid-length documentary that depicts scenes from the everyday life of Abolfazl, a young boy who is missing both hands. Despite his disability, Abolfazl lives a full life with his family and friend Setayesh, who has no birth certificate, in a palm orchard near the Afghan-Iranian border, where foreign visitors often head for eco-tourism. Both belong to a group of children who live stateless in Iran, which poses another major disadvantage for their future.

The School By the Sea

Thorvin and Vilde are the only second graders at their small coastal school. Their days are idyllic, and everyone knows each other, plays together, and helps one another – until the school shuts down. There is a rainbow of sadness and excitement, loss and growth as children adapt to change.

In collaboration with the Spanish Football League (La Liga), a couple of talent football camps are organized in some cities in Iran. La Liga veteran football experts are to select 17 boys between 11 to 13 who would be later dispatched to the prestigious football camps in Spain to complete the course. Despite coming from different cultural backgrounds, they all think of football similarly: a launch pad that secures the future of their family. Parents hope for their children to go to Spain or other European countries and be recruited by professional football clubs in the near future, just to change the economic and social situations of their families. The boys, on the other hand, can already imagine themselves as football stars, although they have never been abroad and obtaining even a Visa could be a source of trouble.

Billie and Lucas, a young Brussels couple, both leave for university facing a year rife with change. Visions of the future, doubts about relationships, and the expectations of adult life make up the main material for their conversations with friends and each other. Kind Hearts paints a candid portrait of the formative but also uncertain facets of every (first) love.

San Francisco’s Lowell High, one of the best public schools in the country, draws high achievers – nearly 70% Asian Americans – from across the city into a fiercely competitive universe. The camera follows seniors through the hallways and into classrooms as the pressure intensifies to impress admissions officers at elite universities with their report cards, test scores, and overall awesomeness. The students proudly own their identity as nerds and tell their stories with candor and humor despite the stress. Will they achieve their dreams? What happens if they fail?

Gabi just wants to be Gabi. A simple wish one could think, but it’s not. Gabi feels different. As an outspoken 8-year-old this never created problems. But as the family moves to a small town and puberty closes in, things start to change. Over the course of five years, we literally see Gabi growing up before our eyes, challenging the preconceptions of gender, norms, and the right to be who you are.