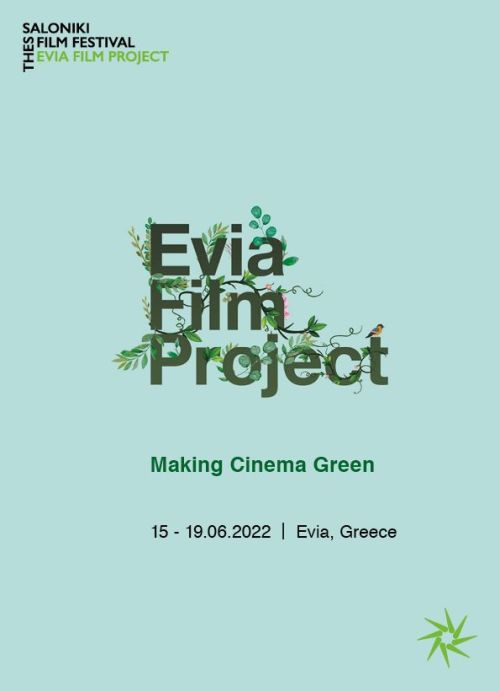 EVIA FILM PROJECT, taking place in June 15-19, in the island of Evia, and kicking off Thessaloniki Film Festival’s “green” actions, is happy to announce the first cash prizes accompanying the Agora Green Awards, which amount to a sum of 10,000 euros. More specifically, the Works in Progress Award is accompanied by a 6,000-euro cash prize, while the Co-Production Award is accompanied by a 4,000-euro cash prize. Within a short period of time the full line-up of cash awards will be announced. All interested filmmakers are welcome to submit their projects up until Friday April 29th, 2022. The submission deadline was extended for two weeks.

The range of projects eligible to take part in EVIA FILM PROJECT includes full-length fiction films, documentaries, new media and animation films from all over the globe. All selected projects should have ecological sustainability as their core or wider subject. Moreover, they should have reached the either the editing or the post-production stage.

Check out the application form, as well as the detailed version of the eligibility terms and conditions HERE.

EVIA FILM PROJECT makes part of the special rehabilitation and reconstruction program for Evia, following last summer’s devastating wild fires, planned and executed by the Ministry of Culture & Sports. EVIA FILM PROJECT, carried out thanks to the support of the Region of Central Greece, is aiming to transform Evia into an international pole of Green Cinema, offering the chance to filmmakers and producers from a worldwide scale to showcase their projects for the first time. EVIA FILM PROJECT is opening a third chapter in TIFF’s developmental actions, adding its name to the two existing and internationally acclaimed branches of Agora: Thessaloniki Film Festival Agora (November) and Agora Docs (March). New employment positions will be created, while Evia will turn into a film industry hub, attracting cinema professionals and distinguished guests from all over the world, who will deliver and host workshops, seminars and educational programs.