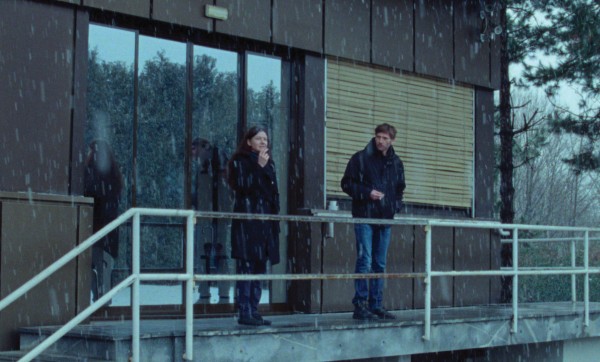 Matjaž Ivanišin was born in Maribor in 1981. In 2000, he entered the Academy of Theatre, Radio, Film and Television in Ljubljana to study Film and TV directing. Since his graduation in 2007, he has worked as a freelance filmmaker. Oroslan marks his fiction debut, as his two previous feature films were documentaries.

2003 Che Sara (short doc)
2006 Moje Male Ljubice
2013 Karpopotnik | Karpotrotter (doc)
2015 Hiske (doc)
2017 Vsaka dobra zgodba je ljubezenska zgodba (doc)
2017 Playing Men (doc)
2019 Oroslan
The news concerning the death of a man known as Oroslan quickly spread through a small village, causing emotions of grief and heartache. In order to overcome their sorrow and restore their faith in the natural flow of life, the villagers start sharing stories about the deceased, recreating his image through their tales. Later on, the ritual of the wake takes place, where anecdotes and superstitions make part of the agenda. A naturalistic treatise on life and death, in the form of a three-act piece.
Screening Schedule