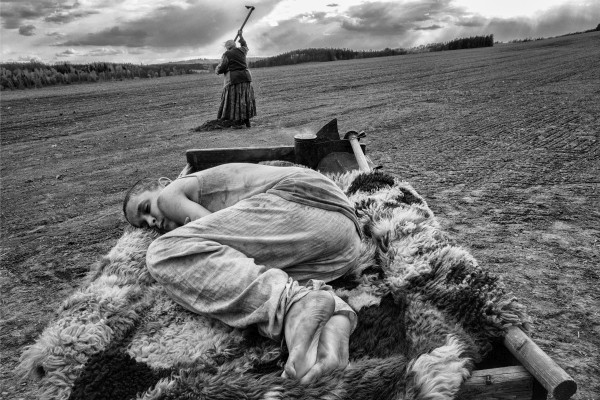 An unnamed and stranded Jewish boy, whose family has probably been exterminated, washes from one nightmarish episode to the next, in a pitiless chronicle of an era red in tooth and claw. An adaptation of the titular 1965 bestseller novel of the Polish-American writer Jerzy Kosiński, which unravels the excruciating ordeals of a minor struggling to survive in the no-man’s land of post-World War II Europe. A searing and brazenly brutal drama, shot in lush black-and-white 35mm that plumbs the depths of human hell and stares at the abyss, before letting a tiny glimmer of hope slip in.

Czech film director, screenwriter, and actor Václav Marhoul is a graduate of the renowned FAMU Academy in Prague. His debut feature film Smart Philip received several awards from various film festivals all over the world, while his sophomore feature Tobruk is loosely based on the novel The Red Badge of Courage by American author Stephen Crane. The Painted Bird, an adaptation of the titular novel written by Polish-American author Jerzy Kosiński, had its world premiere at the Venice Film Festival.