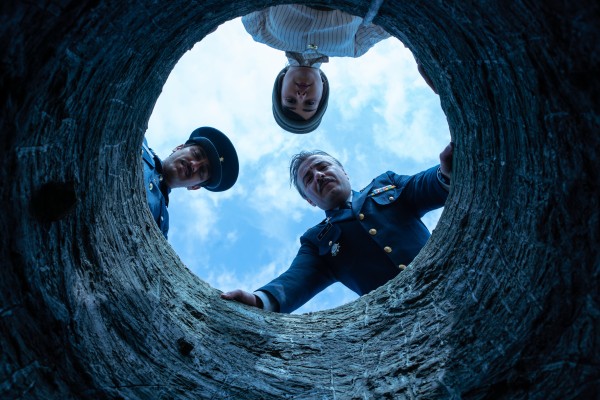 Nima Javidi has directed six short films, two documentaries and more than 30 TV advertisements. Melbourne, his debut feature film was screened at more than 80 festivals around the world, receiving 12 prestigious awards. His second film The Warden was selected as the best film of the year by the Iranian House of Cinema.

1999 Marathon Paralyzed Champion (short)
2004 The Poor Earth (short)
2007 Person (doc)
2010 Catnap (short)
2014 Melbourne
2019 Sorkhpoust | The Warden
1960s, in Shah-era Iran. The curtain rises in an isolated prison, scheduled for demolition, where soon-to-be-promoted major Jahed is quivering with pride. His pompous authority though is about to slip away when he finds out that a death-row prisoner has vanished into thin air. As a paradoxical manhunt sets off, Jahed is joined by an attractive female social worker, with whom they are working at cross-purposes: she is convinced that the impoverished escapee has been framed. A clock-ticking thriller set in the Kafkaesque labyrinth of an empty prison, where absolute power is demystified to the point of collapse.
Screening Schedule