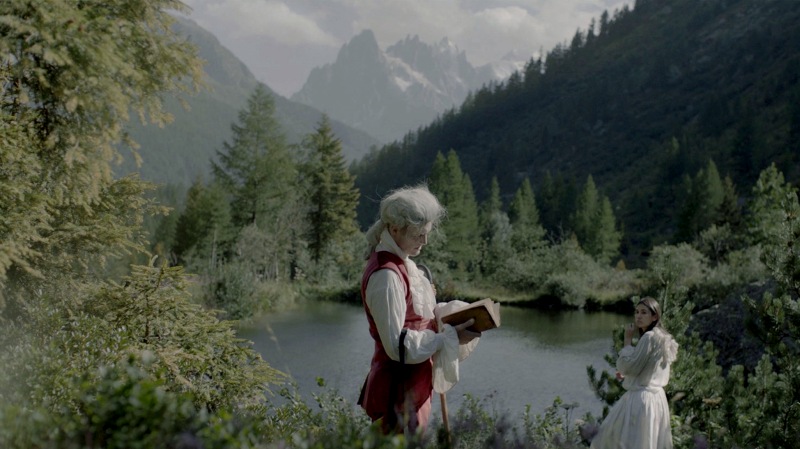 Irish philosopher Edmund Burke embarks on a tour of the Alps, hoping to regain his lost inspiration. Suffocated by debts, Burke places all his rebound hopes on the re-edition of his youth authorial masterpiece. The trip devolves into a disaster, as Burke is overcome by feelings of bitterness, self-pity, and suicidal obsession. Featuring one of the most renowned thinkers of modern political philosophy, this fictional and reflective road movie delves into our inherent weakness to grasp the mysteries of nature and existence.

Ιllum Jacobi comes from a background in mountaineering and high-risk long expeditions into the Arctic and Amazon. He has studied Cinematography at the Danish Film School and began to make films with scientists and artists studying our relationship to nature. This theme is now continued in the form of fiction, with a series of feature projects based on his own experiences in the wilderness. His first film, TheTrouble With Nature, depicting the restless spirit of the Romantic era, was shot with just two actors, in the remote regions of the Alps.

2020 The Trouble with Nature

The Trouble with Nature