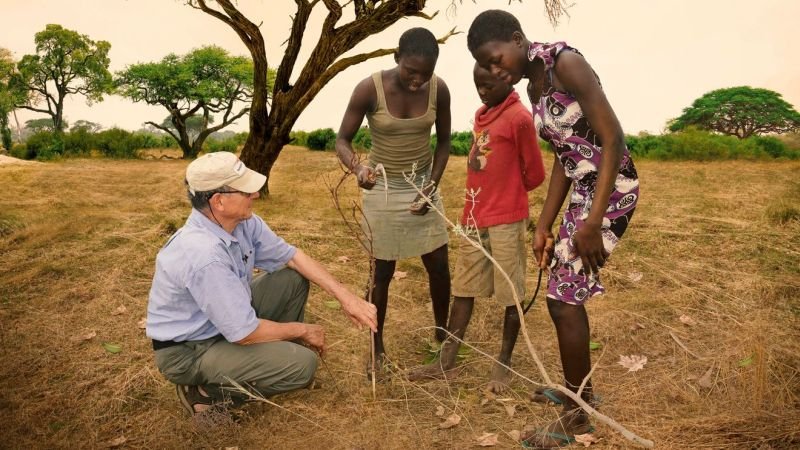 Four decades after The Tin Drum, the masterpiece that won the 1979 Academy Award for Best Foreign Language Film, a living legend of New German Cinema shoots his first documentary and travels to Africa to draw a portrait of a hero. The Chief of all Farmers and winner of the “alternative Nobel prize” decided to experiment with a radical method that activates tree stumps and roots to make an “underground forest,” which can cover the whole continent and provide food to starving populations! A strong message of community, self-empowerment, and, above all, hope.