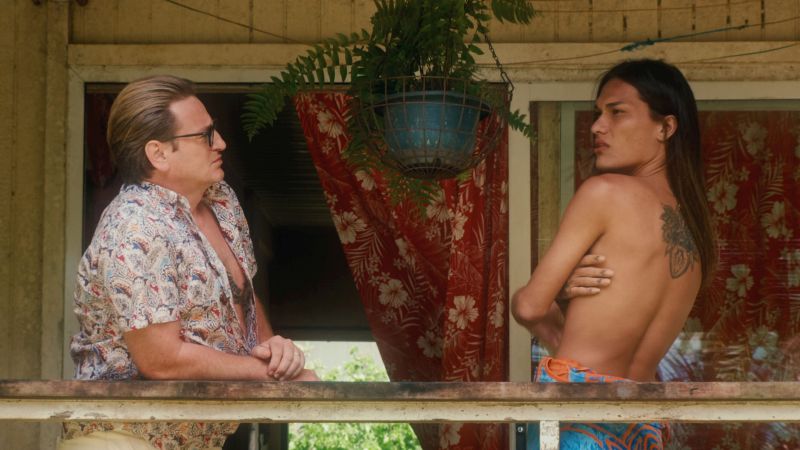 On the French Polynesian island of Tahiti, the High Commissioner of the Republic and French government official De Roller (a calculating man with flawless manners, navigating the high end "establishment" but also mingling with the lower-class locals), is forced to deal with the consequences of a rumor that has been persistently spreading: the sighting of a submarine whose ghostly presence could herald the return of French nuclear testing. The grand Albert Serra, three years after the shocking Liberté, which seemed as if coming from the pages of a Marquis de Sade, is taking on a different thematic, stylistic and narrative approach, returning with a visually stunning, contemporary political thriller about the novel forms of colonialism, which impressed last year's Cannes Film Festival, gained critical acclaim, and is already considered to be one of the top films of the year.

Born in Banyoles in 1975, Albert Serra is a Catalan artist and director. Having studied philosophy and literature, he wrote plays and produced different video works. He gained international recognition with his first long feature, Honor of the Knights, a free adaptation of Don Quijote played by non-professional actors from his village. The film was presented at Cannes’ Directors’ Fortnight in 2006. For his second film, Birdsong, Serra took inspiration from a traditional Catalan Christmas song, El cant dels ocells, and worked with the same group of people to tell the story of the Three Wise Men following their guiding star to find Jesus. In 2013, the Centre Pompidou in Paris gave him a carte blanche for correspondence with the Argentinian director Lisandro Alonso. The same year he received the Golden Leopard in Locarno for his new film Story of my Death, inspired by Casanova’s memoirs. The Death of Louis XIV starring Jean-Pierre Léaud as the Sun King was presented in the Official Selection of Cannes Film Festival 2016. Liberté, starring Helmut Berger, Marc Susini, Baptiste Pinteaux, is the cinematic recreation of his 2018 Berlin Volksbühne play of the same name, which won the Special Jury award at the 2019 Un Certain Regard selection at Cannes. In 2022, he returned to Cannes in the Official Competition Section, with Pacifiction.