Meet the Future is an initiative that embraces the future of film by focusing on young, up-and-coming professionals of different capacities across the film universe.

This year’s Meet the Future presents eight cinematographers from Greece, that have already worked on short films and/or up to one feature film, who either have received cinematography awards at a Greek festival, or their short or feature film has participated in large international festivals (Cannes, Venice, Berlin, Locarno, Karlovy Vary, San Sebastian, London, Rotterdam, New York, Tribeca, Toronto, Sundance, Clermont-Ferrand).

They have each created a one-minute promo video, which they will present to film professionals from all over the world. They were inspired by phrases from well-known science fiction books, taking a cue from this year's 61st TIFF core tribute: “Prophecies from Another World: Sci-Fi and Cli-Fi (1950–1990)”.

You can find the videos on our website November 6-14.

The program is a collaboration with GSC – Greek Society of Cinematographers, with the support of Canon, ARRI and Authorwave. 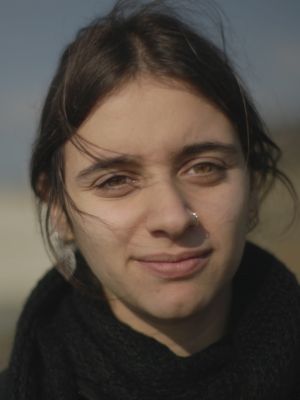 “When they heard the news they came out of the restaurants and cafés and hotels and looked at the sky” Ray Bradbury (The Other Foot, 1952)

Asimina-Lydia Dionysopoulou started from the School of Film at the Aristotle University of Thessaloniki, specializing in Direction of Photography. She has worked in the technical department, in the Photography Department of Film and TV productions, and in video clips. In the summer of 2018, she was selected for the Talents Sarajevo, which is organized by the Sarajevo Film Festival in collaboration with Berlin International Film Festival. She has collaborated with Lida Vartzioti and Dimitris Tsakaleas in various short films, and most recently in “Yawth” and “Sad Girl Weekend”, and the music video “The Children of Glam”, as Director of Photography. 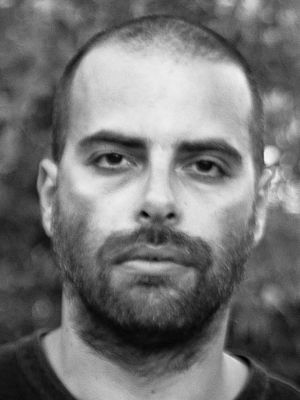 “He was one hundred and seventy days dying and not yet dead” Alfred Bester (The Stars My Destination, 1956)

Yannis Kanakis was born in 1982. He lives in Athens and works as a Director of Photography. He has worked in documentaries, short and feature films and commercials. His first short film, “Casus Belli”, directed by Yorgos Zois, world premiered in Venice Film Festival in 2010 and it was selected in more than 50 international film festivals (Rotterdam, Clermont Ferrand, Tokyo Short Shorts, Palm Springs, LA Short Fest, Era New Horizons, Melbourne IFF et.al.), winning several awards. In 2012, he worked as a Director of Photography for the short film “Out of Frame”, which won the EFA Award in the 69th Venice Film Festival, as the best European short film of the year. His work includes the film “Washingtonia” by Konstantina Kotzamani, which was selected for the Competition section of Berlin Film Festival (Berlinale Shorts Competition) and won the Award of the Hellenic Film Academy and the EFA Award. Also, his first feature film as a DoP, “Interruption” by Yorgos Zois, world premiered in Venice Film Festival in 2015, while the film “Third Kind”, the short film by the same director, was selected for this year’s Semaine De La Critique in Cannes Film Festival. 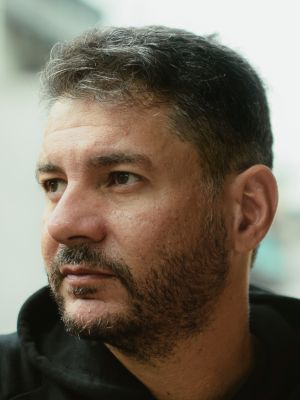 “First there was the city, never night” Harlan Ellison (The Prowler in the City at the Edge of the World, 1967)

He was born and lives in Athens. He graduated from the Hellenic Cinema and Television School Stavrakos and participated in Sarajevo Talents in 2018. He was awarded by the Greek Society of Cinematographers and the Athens International Film Festival for the ψinematography in “Mare Nostrum” by Dimitris Anagnostou (Vienna Shorts 2020, Festival du film court de Villeurbanne 2020). 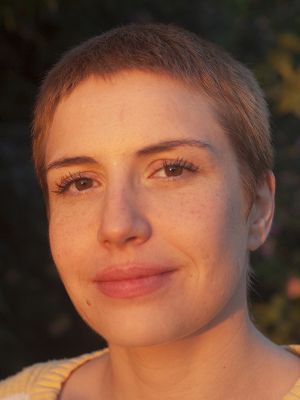 “When they heard the news they came out of the restaurants and cafés and hotels and looked at the sky” Ray Bradbury (The Other Foot, 1952)

Fili Olsefski was born in Łódź, Poland and grew up in Athens. She studied in the Painting Faculty of Fine Arts at Aristotle University of Thessaloniki. She is an alumna of Talents Sarajevo. She received the Award for Visual Storytelling from the Greek Society of Cinematographers (GSC) for the film “Mila” in 2019. She works as a photographer in Athens. 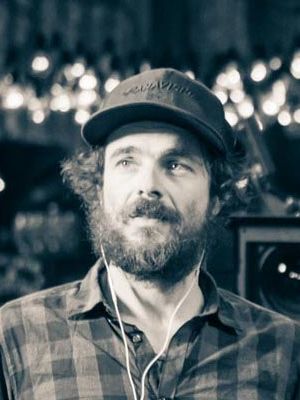 “I can hardly remember what it was like inside that place of darkness or even precisely how and when I began to emerge from it” Normand Spinrad (Journals of the Plague Υears, 1988)

Stelios Pissas was born in Athens in 1975. He studied Electronics for Radio and Television at the Open University in Heraklion, Crete and then pursued Cinematography studies at Hellenic Cinema and Television School Stavrakos. Since then, he has participated in numerous conferences and workshops and is working as a cinematographer in fiction and documentary films. 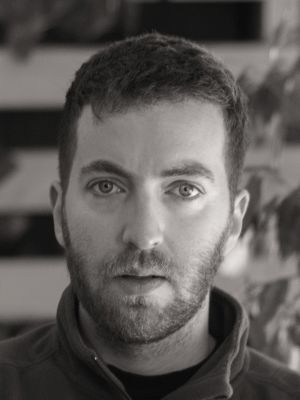 “After two miles of walking he came to a town” Walter Tevis (The Man Who Fell to Earth, 1963)

He studied at the Film Studies Department in Thessaloniki and graduated with a major in Cinematography.  In 2017 he was selected to attend Sarajevo Talents. In 2018 he received the Award for Visual Storytelling for his work in the short film “Torpor”, granted by the GSC. He has also shot the short film “Pashka” by Oltjon Lipe (Best Short in Tirana Film Festival, Albania). His first feature, “Amercement”, directed by Fokion Bogris, premieres at the 61st Thessaloniki Film Festival. 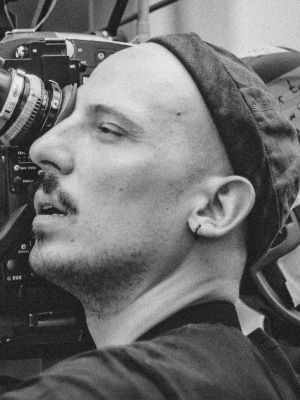 “I took nothing with me, not even a coat” Stanislaw Lem (Return From the Stars, 1961)

Manu Tilinski was born in Berlin, Germany in 1983 and grew up in Athens, Greece. Immediately after studies he worked as an assistant editor for a production company and then moved to lab work before joining the camera department for good. Manu made over 33 international feature films as a focus puller and a large number of commercials. He lensed his first feature film, “Wasted Youth”, which opened the Rotterdam International Film Festival in 2012. After 2016 he turned entirely to Cinematography and has been awarded by GSC (Greek Society of Cinematographers) for his work on “Maneki Neko”, as well as a Best Cinematography award at Berlin’s Interfilm Festival 2018, followed by a Best Cinematography award at Saint-Petersburg IFF, adding to a total of five in 2019. The year 2020 started with the Best Cinematography and Golden Dionysos award in Drama International SFF and the e-FLUX award at the Oberhausen Film Festival for the time piece short film “Bella” and a special mention in Visions du Réel. He has photographed numerous commercial spots, shorts and fashion films, documentaries and also theatrical plays as light designer along with two personal still photography exhibitions. 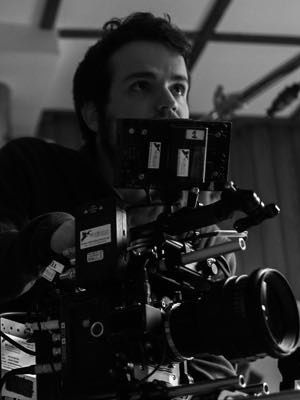 “The sky above the port was the color of television, tuned to a dead channel” William Gibson (Neuromancer, 1984)

Born in Kefalonia, Greece in 1991, Giorgos Valsamis studied Finance and Accounting at the Athens University of Economics and Business and Cinematography at the Hellenic Cinema and Television School Stavrakos. He lives and works in Athens. His body of work includes feature films, short films, documentaries and music videos. His shorts have been screened and won awards at several film festivals around the world, including Cannes, Locarno, Tirana, Zinebi, Sarajevo, Palm Springs, Sundance and Villeurbanne. In 2019, The Distance Between us and the Sky by Vasilis Kekatos won the Palme d’Or and the Queer Palm at the 72nd Cannes FF, as part of the Short Films Competition. One of his latest films, I Am Afraid to Forget your Face (2020) by Sameh Alaa won the Palme d’Or at the 73rd Cannes FF as part of the Short Films Competition while the The Last Ferry from Grass Island (2020) was selected to premiere at the the Cinéfondation section. He is currently working on the feature film American Girl, by Feng-i Fiona Roan, shot in Taipei, Taiwan.