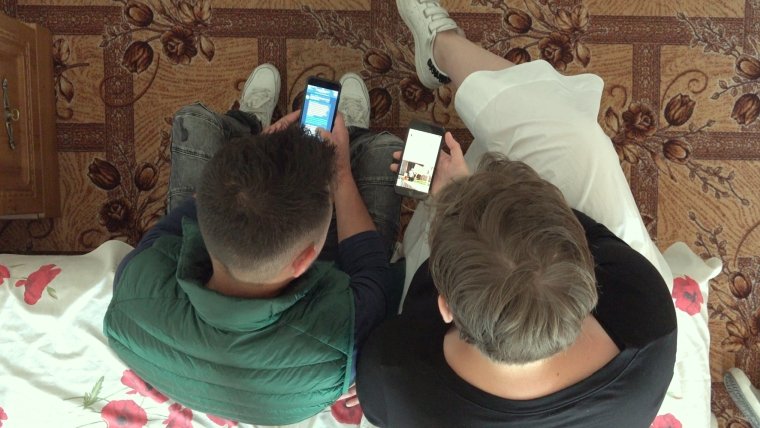 With great pleasure, the online 22nd Thessaloniki Documentary Festival announces its awards and thanks the audience for the remarkable participation. Until the 8th day of the festival, 72,000 free tickets were given and 113 documentaries were sold out. The Festival runs until May 28.

The jury of the International Competition Feature Length section of the 22nd Thessaloniki Documentary Festival comprised by:

Muslim Russian federal republic of Chechnya, where the persecution of homosexuals

is ongoing: they are hunted, imprisoned, tortured and even killed, in an effort to

liquidate LGBTQ Chechens. The film introduces us to the brave queer community based in Moscow that has pulled together to rescue people from Chechnya via a vast underground railroad taking them to safety. The activists organize escapes and safe houses in unknown cities as the refugees wait, often for months, for a country willing to accept them, amid the constant danger of being killed. Also notable is the filmmaker’s innovative deployment of visual effects that changed the faces of the protagonists in order to protect their identities, without drawing away attention from the narrative. 22 people — mostly queer activists in New York — lent their faces as a physical shield to protect the people in the film. By documenting this resistance, the filmmaker enables us to experience what it means to escape from persecution, losing everything that your life was made of, while also discovering a warm and nurturing community.”

Special Jury Award accompanied by a cash prize of 5,000€ to the documentary:

“This “big little film” focuses on “the others” whose point of view it singularly embraces, which deeply challenges us because it questions our certainties. Filmed in the watery delta just outside Bucharest, Romania, this cinéma vérité contests the boundaries between freedom and society, between nature and civilization, between difference and identity. Should we impose our conception of happiness, as laudable as it may be, to those who do not want it? This is the question asked by “Acasa, My Home,” the beautiful and moving documentary by Radu Ciorniciuc.”

The jury of the International Competition Newcomers of the 22nd Thessaloniki Documentary Festival comprised by:

The Golden Alexander Newcomers award, accompanied by a cash prize of 8,000€, to the documentary:

“Sometimes, personal films become more than intimate family portraits —they take on the qualities and veneer of fairy tales. The 2020 Newcomers Grand Prize goes to a brilliant film, directed with honesty and generosity, that slowly unveils and unravels the lives of multiple generations of women — each of them lovable, rich, generous, and free in their own way. For its elegant use of family archives, cinematography, and heartfelt storytelling, the Golden Alexander Award goes to WALCHENSEE FOREVER by Janna Ji Wonders.”

“This year’s Newcomers Special Jury Prize goes to a remarkably assured first feature, which gracefully attempts to reconstruct a past life on the brink of oblivion, weaving an emotional bond between the living and the dead through artifacts, photographs, and fragmented memories. Lady Time by Elina Talvensaari is a beautifully crafted gem of a film, and we were moved by its sensitivity, empathy, and inventive stylistic approach.”

The jury of the International Competition >>Film Forward of the 22nd Thessaloniki Documentary Festival comprised by:

The Year of the Discovery by Luis López Carrasco (Spain)

“Carrasco takes us to the daily life of people from different social classes and ages and with a variety of political ideas that interpret with sincerity the present, while looking back at the past and thus writing a history chapter freed from any kind of manipulations. He uses testimonies from both past and present times and playfully blurs timelines in order to show that very little has changed in Spain since the 1990s: working class is still being crushed by both ruling class and the state.”

“For its bold, fearless depiction of the atrocities faced by the LGBTQ+ community in Russia - a vivid reflection of what is going on around the globe, even in so called privileged places of the world where anti-discrimination laws have already been established and LGBTQ+ rights have been won. For its deep humane way of dealing with personal stories and its strong belief that there's a way to change the world through activism, personal risk and, foremost, by not giving up. By "giving face" to the victims of the persecutions by Chechnya's government, through a monumental usage of VFX effects, the film becomes in itself an important act of political and cinematic activism, the beginning of a movement that we need and we all hope it will lead to a greater change.”

Special mention to the documentary:

“For its inventive use of music and archives in an intimate video diary that succeeds in breaking the boundaries of a boy’s personal confession/coming out to his grandmother to become a moving universal essay on the concepts of toxic masculinity, patriarchy, homophobia and femininity, as well as an act of reconciliation between the past and the present in a world that's struggling to change.”


The “Human Values Award” (presented by the Hellenic Parliament) Jury consisted of:

“The film gives prominence to the value of human life, dignity, as well as the vital force of art, by taking a glance at the agonizing effort of Norwegian photographer Lene Marie Fossen to fight back the devious and devouring disease she's suffering from, drawing out of it the incentive to create”.

One award accompanied by a €3,000 cash prize to the Greek documentary over 50΄ that wins the FIPRESCI Award and goes to:

The Greek Film Centre bestows its award to a debut documentary film over 50΄ that premieres in the Greek Program section.

The jury, comprised by Costas Ferris, Konstantinos Frangopoulos and Iliana Zakopoulou, bestows the award to the documentary:

Awards the best film with the tag #humanrights to:

“A powerful denouncement against state terror, resilient and painful humanitarian stories coming from different voices, enthralling connections between the popular myth of the "Aswang monster" and everyday violence, poverty and death looming in the cities. A cry of despair from the "marginalized", pleading for justice and human rights.”

“In these unprecedented times, sociopolitical activism is more essential than ever. As the lock-down has made it easier for the white, straight, male populists around the world to impose their extreme policies, Welcome To Chechnya by David France gives voice to the voiceless: women and the LGBTQ communities that are always the first to suffer when our freedoms of speech and expression are pushed to breaking point. And it does so by uncovering the little known, shocking truth and its cost, using deep fake techniques, like digital face alterations. How apt and effectively ironic.”

And awards the best Greek film participating in TDF’s international program sections to:

“There are films that, beyond offering information, pave the way for new realities and help us develop a sensitivity for space and time, for sounds, images and materials. These films let us discover the beauties and peculiarities of our surroundings. The world right next to you gets alive, vibrant, and it is a challenge to explore it. Imagine how much less people would need to consume, if they could develop these capacities. And how careful (our) life could be. "The Music of Things" by Menios Carayannis is

The WIFT GR Award is presented by the Greek Chapter of WIFT (Women in Film & Television) goes to a woman filmmaker of a film that promotes non-stereotype views on gender and participates in the festival’s official program. The jury is comprised of Antoinetta Angelidi (Film director), Olga Malea (Film director) and Rea Walldén (Film theorist), all members of WIFT GR’s Board of Directors, and gives the award to:

Katerina Patroni for the documentary The Fourth Character.

“The film is an intrusive and a wholeheartedly personal glance, that unveils the depth of the familiar, on the city and its people, the confrontation with our inner self, mortality and time”.

“As Youth Jury, we decided to highlight a documentary that represents us in every aspect that forms and defines us as human beings and as young adults in particular. For this reason, we bestow the Best Film Award to the documentary Good Morning, Mr. Fotis. A documentary that demonstrates how easily multiple cultures can coexist, without tensions or rivalries. After all, art has the power to serve as sanctuary for the "foreigners" and the "out of the ordinary" of this world, and people working in the educational system are the first in line to make - if they choose so - this stand. Unfortunately, we tend to remain indifferent towards the lives of the people around us and there is no better remedy to this indifference than to realize that our actions do have an impact on others, very often in totally unexpected ways. From now on, as we carefully weigh our actions, we 'll always keep Mr. Fotis in mind, adding a "thank you" to our "good morning".”

“We bestow the Special Jury Award to the documentary In-Mates, as it does not only portray the lives of people enduring circumstances unknown to most of us, but at the same time it raises awareness on the issue of the penitentiary institutions, while placing emphasis on the bond developed between dogs and inmates.”