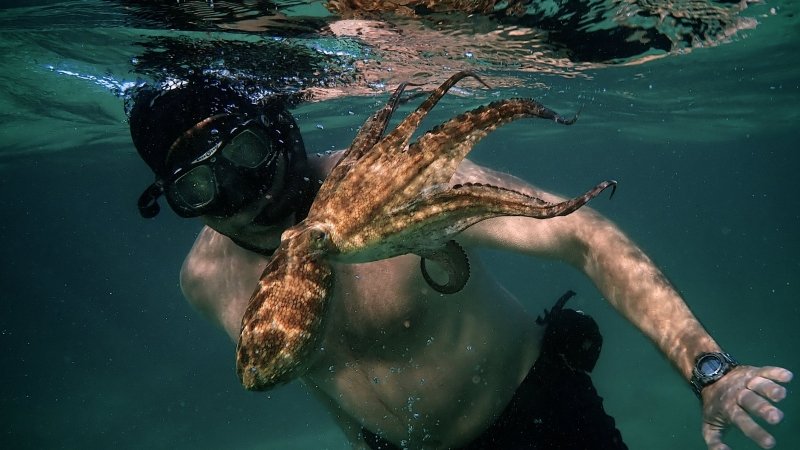 A tribute to the Anthropocene Epoch

How does the human presence on Earth unsettle the balance and endanger the future of our planet? The 22nd Thessaloniki Documentary Festival explores a topic of geological, environmental, social, philosophical, political and cultural facets, through an original and provocative tribute on the Anthropocene Epoch.

In 2000, Nobel Prize winner, physicist Paul Crutzen introduced the term to describe the geological epoch following the Holocene Epoch. When the word “Anthropocene” came to life, the broader conversation begun about what it means, if it is valid and what kind of imprint it will leave on our planet in 2000 years.

Today no one can question climate change, the rapid extinction of species from the planet, the ecological damage, the consequences of nuclear tests, the excessive use of plastic and the uncontrollable meat consumption. Humans have created a novel, horrific reality that threatens the existence of life itself on Earth.

All of the above have left their traces on culture, art and cinema, not only because they document humans’ invasive behavior towards nature, but also because they change one’s way of thinking, expression and creation.

It is exactly this aspect that the tribute’s documentaries examine. Among them, we find the moving opening film of the 22nd TDF, My Octopus Teacher by Philippa Ehrlich and James Reed, which will have its world premiere in Thessaloniki.

The Festival also presents a bilingual special edition, titled “Anthropocene”, in which scientists, film and art historians and philosophers attempt to answer the various questions that arise from this new reality. “Anthropocene” will be available at the TDF shops and at selected bookstores.

My Octopus Teacher by Philippa Ehrlich and James Reed

When experienced sea diver and director Craig Foster decided to skin-dive in the Cape of Storms, he could not have imagined the intimate relationship he would build with an octopus. The octopus guided him through unexplored sea depths and taught him to navigate himself within a seaweed forest, to engage with the fish and shells. It also taught him that we are not the dominant species on Earth. An unexpected adventure, a story of friendship, a tender lesson about respect, freedom and cosmology.

The filmmakers travel around the globe for almost four years, documenting the ways in which humans affect the planet and alter its future. Drawing inspiration from the Anthropocene Task Group which requires from the scientific community to acknowledge the epoch we live in as the Anthropocene, the directors created an impressive documentary of mental power and surreal, stunning beauty that conveys simultaneously the fear and the beauty, often via the same image. Narrated by Oscar-winning actress Alicia Vikander.

Anthropological travel diary meets retro-futurist science fiction in the cold, sterile landscape, north of the Arctic Cycle. At the north end of Europe, at the Russia-Norway borders, there is one of the least inhabited areas of the world. Even so, the human interference is visible in almost every fascinating image captured by the director.

Ghost Strata refers to the elements missing from the rock strata. Despite the absence, there are traces of what was once there. Shot in various parts of the world, mapping the personal mobility of the director, Ghost Strata explores the different levels of consequences that human presence has on the past, present and future of the Earth. Sounds and text compose a meditation about time, memory, what is left behind and extinction.

The clash between the human and the non-human, as well as the limits of virtual intelligence are explored in this daring and politically charged documentary that unfolds as a thriller and raises thorny and painful questions. With unique deep access to the inside of the booming AI industry, iHuman shows how the most powerful and

far-reaching technology of our time is changing our lives, our society and our future.

Humankind has begun to understand its insignificance and impermanence while the human identity is in crisis. Abstract poetic thoughts and parts of dialogue, music that gets interrupted by fluctuations and errors and the uninhibited, but cautious camera movement create a restless, philosophical reflection about the limits of human thought.

Every year, with different means, shovels, excavations, or dynamite, billions of tons of the earth’s land are moved and cut off from their natural environment. An engaging documentary that visits mines, quarries and construction sites, depicting the wounds caused by humans on the surface of the planet. A wake-up call in seven chapters, that warns us about the destructive consequences awaiting us.

A jungle separates Colombia from Panama. Here, is the meeting point or rebels, drug dealers, refugees, indigenous people, farmers, wild animals and natives. The documentary observes more than the people in this no man’s land and focuses on the search for meaning in the jungle as a metaphor for the wilderness within. A political documentary that records the deforestation that affects not only the people living there, but also the whole planet.

The human fight against nature takes center stage in Safety 1, 2, 3. In its visual journey through the Alps, the documentary observes the work and research processes of scientists, technicians and disaster relief agencies. The resulting stream of measurements and simulations provides deep insight into a massive yet largely invisible security system.

How did the virgin land of the indigenous Han turn into a badland? The intensive gold mining between 1910 and 1920 lead to the destruction of Dawson City in only a few years. Rare films that were buried in a pool at the depths of Yukon in Canada reveal the human interference with the environment, as well as the history of a whole city. Dawson City is also an emblematic film about cinema itself, narrating the odd but true story of a valuable cinematic collection.