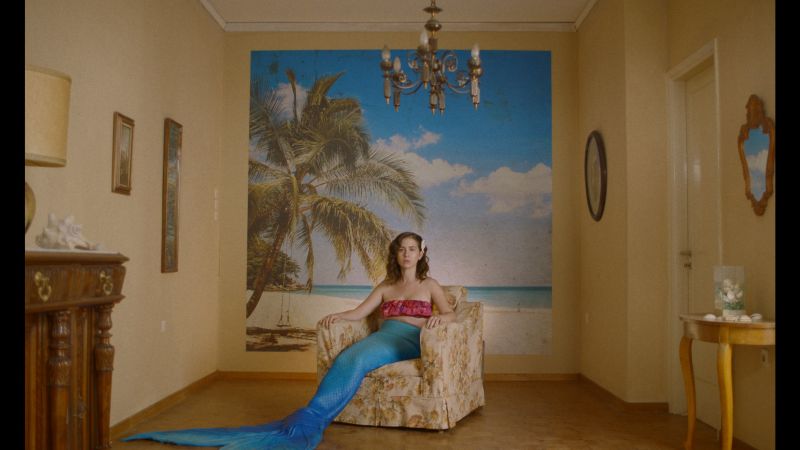 The 62nd Thessaloniki Film Festival assigned Manolis Mavris, recipient of the Canal+ Award at the Cannes’ 60th International Critics’ Week with his short film Brutalia, Days of Labour, to direct the spots of this year’s Festival. Featuring cinema’s power to show a different side of things, Manolis Mavris created three spots, produced by Kostis Katsaros/The Stripes. The Festival’s spots invite us to take a look at “the bigger picture”, urging us to rediscover the experience of watching a film in cinema’s rightful home, the movie theater.

“A young mermaid denounces body shaming, a lonely gentleman ends up having his dinner alongside several different versions of himself, a man is chilling out as he’s about to be chopped by a magician’s saw. What do all these have to do with each other? The movement of the camera becomes the linchpin between these films, forming a trilogy of signals. The common feature of all three films is the shot opening up to unveil the “bigger picture”. The meaning is altered depending on whether you are standing at a close or a long distance. The composition is building up and is gradually overturned. The opening up of the frame alludes to the re-opening of movie theaters for the audience and the openness of the Thessaloniki Festival”, explains Manolis Mavris.

Watch the three spots of the 62nd Festival:

Manolis Mavris was born in Athens in 1987. He studied Graphic Design and Animation in Athens and had his Master’s Degree on Visual Communication in London. His short films have been screened at major film festivals around the globe, such as Cannes, London’s BFI, Sarajevo and PÖFF (Tallinn Black Nights). His latest film, Brutalia, Days of Labour, was selected for the competition section of the 60th International Critics’ Week at Cannes Film Festival, winning the Canal+ Award. In addition, it was bestowed with the Golden Dionysus Award for Best Short Film at the 44th Drama International Short Film Festival.