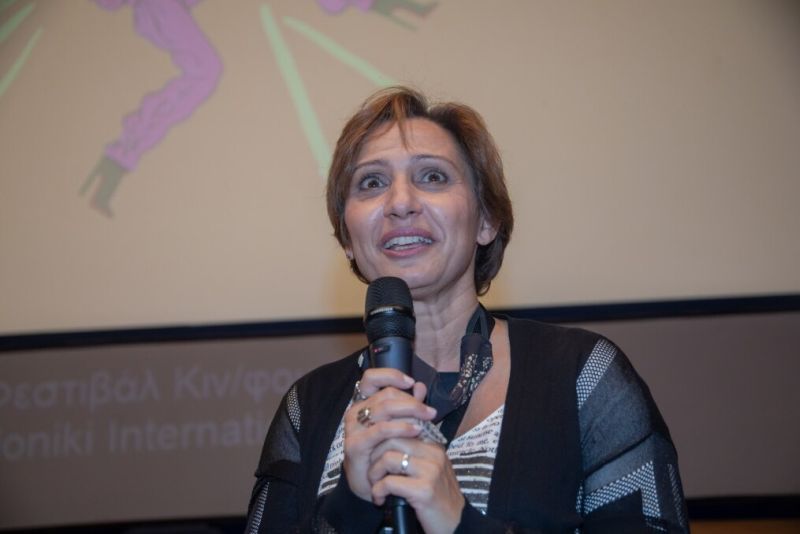 Screening of the film When Mercury Held His Breath: The Battle of Crete, directed by Victoria Vellopoulou and produced by COSMOTE TV

In the frame of the 62nd Thessaloniki International Film Festival, the screening of the film When Mercury Held His Breath: The Battle of Crete, directed by Victoria Vellopoulou and produced by COSMOTE TV, The Grand Sponsor of the Thessaloniki Film Festival, took place at warehouse D, on Friday November 12.

Orestis Andreadakis, artistic director of the Festival, prefaced the screening of the film. “I am very happy and excited, as a Cretan to work in Thessaloniki. Numerous compatriots of mine came to fight in the Macedonian Struggle, but also hundreds, if not thousands, of Macedonians descended after the collapse of the front in Crete to fight in the last battle, the Battle of Crete. I am very glad and honoured to present you the film about the Battle of Crete, produced by COSMOTE TV, the Grand Sponsor of the Festival. The film you will see kicked off as a TV series. It was screened and will be re-screened I imagine, because it was amazing. We are pleased to present it for the first time as a complete 92-minute film", he pointed out.

Then, Ms. Victoria Vellopoulou, the director of the film, took the floor, who initially thanked Artemis Skouloudi, the producer and Alexis Kouvaritakis, the artistic director of the post-production. She then shared with the audience some of her thoughts on the film. "It is very important for us all who took part and carried out this project, because this is the first time that these war crimes have been recorded. The culprits those crimes have never been put on trial. It is the first time we recorded the crimes and it was probably the last chance to do it, because the eyewitnesses we filmed are the last living. This is a great experience for me. This was a lesson of humanity and love, as you will see Mr. Fanourakis in the film", she said.

After the screening was completed, the audience posed questions to the director. When asked about the process of collecting the archive material and the testimonies, Ms. Vellopoulou said that it was a really hard task, highlighting that her goal was to serve mainly the demand for objectivity. "It hasn't been easy for us to collect the material in the midst of a pandemic. What we tried to do was to cover this issue with as objectivity as possible. This is why very important German historians also took part in the film, while we had many audio documents from Germans and New Zealanders. We also had the point of view of the local Cretans. We wanted to have the most objective look possible at the facts. We were lucky enough to have a lot of archive material. The Germans believed that they would conquer the island in 24 hours, so they sent filmmakers and photographers to cover the event. It was a kind of a show for Goebbels. We also had a lot of material from Franz-Peter Weixler, the propaganda photographer," she explained.

Then, when asked if there has been any other attempt to record these events, Ms. Vellopoulou pointed out that nothing had ever been published. "There are people who were recorded but they are few. Most of them spoke for the first time in our camera. After the end of the Second World War, The Ministry had sent a committee, with Kazantzakis as a member, to record these crimes in Crete. This committee recorded several war crimes, though these findings were never published”, she stressed out. When asked about her own motives for dealing with the issue, she revealed that she is linked to Crete by ties of origin and love. "I'm from Crete. My grandfather did not fight in the Battle of Crete because he was 15 years old at the time, but during the Occupation he fought in the guerrilla movement. Crete is my favourite place, culturally and historically. I felt I owed that," she pointed out.

Next, when asked by the audience about the victims' claims, she explained that the matter is pending. "Most of these crimes have never gone to court. In cases that have been tried, like Kontomari, the compensations were never rendered," she explained. The audience also wanted to know about the feelings of the German historians who appeared in the film about the issue. "It was something that preoccupied us. These historians in the film had the sensitivity to understand, that was why they devoted their whole lives to this research. When we asked them, they told us that most Germans do not know what happened in Crete. When we insisted for a more detailed answer, they replied that some people do not know, but also do not want to learn". In the finale of the evening, Ms. Vellopoulou also answered a question as to the role of cinema in the restoration of the wounds of the Second World War. "It settles a part of the moral unfinished business. But it is not enough," she replied, closing the event.