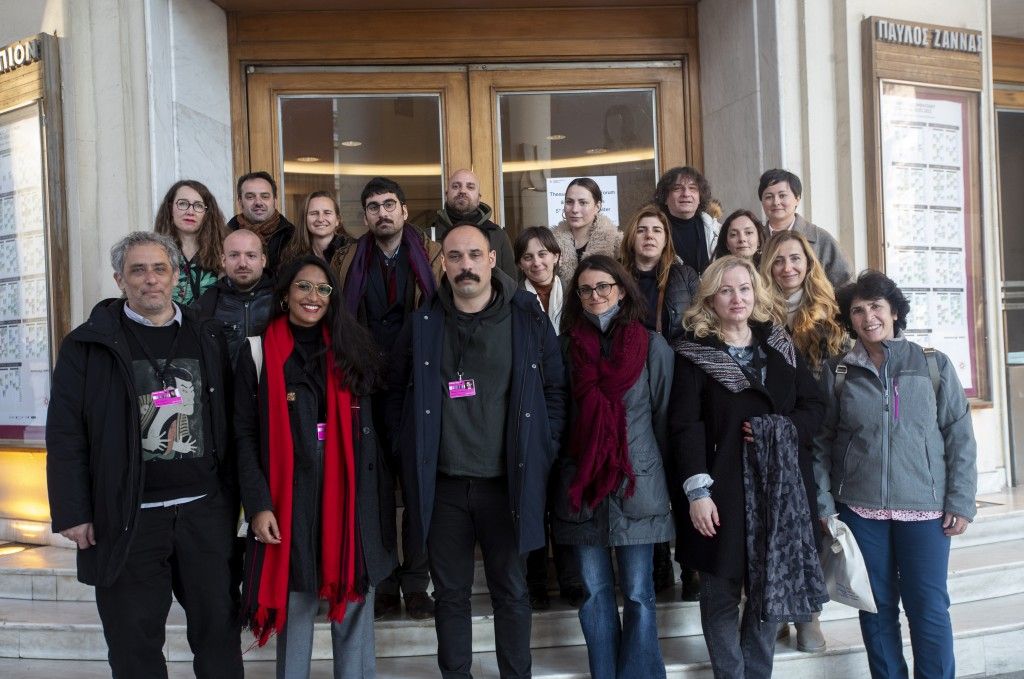 Within the framework of the 24th TDF’s Agora, the presentation of Docs in Progress was carried out in Pavlos Zannas theater at Olympion. Ten projects from Southeast Europe and the Mediterranean region were presented, before their completion, to professional producers, sales agents, distributors, producers and festival programmers, active in the documentary sector.

Then participating documentaries’ filmmakers did not just have the chance to get in touch with professionals from the documentary market, but their films got nominated for the 5 special awards that are bestowed as part of the Agora Docs in Progress. In more detail, the awards are the 2|35 post-production company award for post-production services, the Onassis Foundation cash prize of 5,000 euros for a Greek project participating in Docs in Progress or the Thessaloniki Pitching Forum, the MuSou company award for music and sound services, the Greek Film Centre cash prize of 3,000 euros to a Greek project, as well as the Neaniko Plano award for subtitling in English or in French.

The Docs in Progress International Jury consists of producer Phaedra Vokali of Late Bloomers from Greece, the programmer of Karlovy Vary IFF, Martin Horyna from the Czech Republic, as well as distributor Jeffrey Winter of The Film Collaborative from the USA.

The curation of the projects’ presentation was the task of consultant and documentary program curator, Anna Glogowski. The event was available online as well, for the Agora accredited guests. The presentation was introduced by TDF’s Artistic Director, Orestis Andreadakis, who shared with the audience information about the new TFF environment-oriented initiative that will be based in Evia.

“As you know, Agora is divided in two parts, the fiction films branch that takes place every November, and the documentaries branch that takes place every March. Soon, we will launch a new initiative, titled Evia Film Project. We introduce a 5-day Agora, accompanied by masterclasses, workshops and open-air screenings. It will take place on June 16-19 in Evia, the second biggest island in Greece, fiercely stricken by wildfires in the summer of 2021. The new Agora branch will include the Pitching Forum and Works in Progress sections, while all the participating projects will need to present an environmental angle. It will include fiction, documentary and new media. The invitation is open. The deadline is on the 15th of April and you can find all the relevant information on the Festival website. Spread the word. We plan on making Evia an international pole for environmental cinema”.

Mr. Andreadakis’ announcement was followed by a short presentation of each of the 10 documentaries selected for the Docs in Progress. The documentaries presented are: