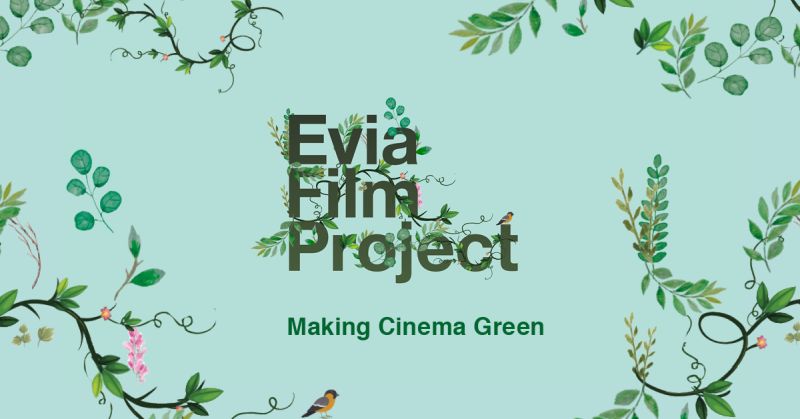 We welcome you to Evia Film Project

Evia Film Project, Thessaloniki Film Festival’s new initiative, is gearing up for its summer get-together with the audience. Screenings, development of new film projects, green actions, open discussions, masterclasses, workshops for children and students, as well as a big concert, are in store for the audience in a 5-day celebration of cinema taking place in North Evia. Evia Film Project’s events will be held with a free admission for the public, from June 15 to June 19 in Edipsos, Limni and Agia Anna.

Evia Film Project is opening a third chapter in the Festival’s actions, adding its name to Thessaloniki International Film Festival, held in November, and Thessaloniki Documentary Festival, held in March. Evia Film Project makes part of the “Fotodotes” projects, included in the specially designated program for the reconstruction and restoration of North Evia, planned and carried out by the Ministry of Culture and Sports.

Evia Film Project kicks off with Coline Serreau’s film The Green Planet, screened on June 15th, at the open-air cinema “Apollon” in Edipsos, which had been closed for decades and will reopen its gates for the public after being restored by the Festival.

Evia Film Project will call it a wrap with the documentary The Forest Maker, directed by the Academy Award winner and Palme d’Or recipient, German filmmaker Volker Schlöndorff. The movie will be screened on June 19th at “Apollon” cinema.

Twelve films of much revered directors, both Greek and international, will be screened at the open-air theaters of Edipsos and Limni, while a special screening featuring exciting short films will take place in the Square of Agia Anna. Among the filmmakers who will attend Evia Film Project are Yorgos Tsemberopoulos and Sakis Maniatis, who will preface the screening of their documentary, Megara.

New film projects and films in progress from all over the world are taking center stage at Evia Film Project’s Agora, with the participation of top-notch professionals and beloved directors from Greece and abroad. Evia Film Project is aspiring to become an international pole of interest for green cinema, setting up a new platform for connecting audiovisual professionals from around the world.

KOSTIS MARAVEYAS IS THE AMBASSADOR OF EVIA FILM PROJECT

Singer and songwriter Kostis Maraveyas, taking on the role of Evia Film Project’s ambassador, will host a big concert at Agia Anna beach, on Saturday June 18th, with a free admission for the public. He will be joined by his dear friends, Katerina Papoutsaki, Yorgos Papageorgiou, Ksenia Dania and Eleni Arapoglou.

The audience will have the chance to attend an open discussion on sustainable film production, a workshop held by WWF Hellas on forest fires, masterclasses on the role of journalism in environment-themed movies, in collaboration with iMEdD, delivered by journalists Yorgos Avgeropoulos and Katerina Christofilidou. In addition, cinematographer George Frentzos will deliver a masterclass on technology’s role in the movie industry. Moreover, the internationally acclaimed photographer Gideon Mendel will attend Evia Film Project and will unveil his personal project titled “Burning World”.

Evia Film Project is also hosting a rich programme destined for parents and children. We will take delight in films that explore humans’ relationship with nature, we will take part in exciting cinematic workshops for children and play an environmental board game. All children’s activities have a free admission for the public.

Evia Film Project makes part of the specially designated developmental project “Fotodotes”, for the reconstruction and restoration of Evia following the disastrous summer 2021 wildfires, planned and executed by the Ministry of Culture and Sports. Evia Film Project is carried out thanks to the support of the Region of Central Greece and the Greek Film Centre, in collaboration with the Municipality of Istiaia-Aidipsos and the Municipality of Mantoudi-Limni-Agia Anna. Thessaloniki Film Festival is teaming up with all institutions that have their seat in Evia,the Department of Digital Arts and Cinema of the National and Kapodistrian University based in Psachna, and Chalkida Greek Documentary Festival.