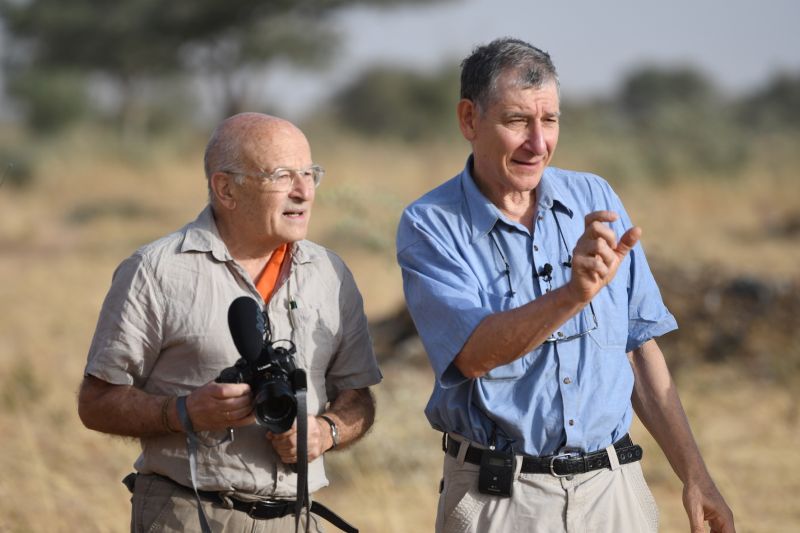 Academy Award winner, Palme d’Or recipient, and director of the iconic film The Tin Drum, German filmmaker Volker Schlöndorff, will be joining us in Northern Evia, on the occasion of the screening of his latest documentary, The Forest Maker. Schlöndorff’s documentary will close the curtain of Evia Film Project, Thessaloniki Film Festival’s new initiative, which will be held from June 15 to June 19, in Edipsos, Limni and Agia Anna.

The much-revered director will preface the free-admission screening of his film, on Sunday June 19th, at 9.30 pm, at Ciné “Apollon”, in Edipsos. The Forest Maker takes us to Sahel, the Steppe stretch of land in the south of the Sahara Desert, in Africa, introducing us to a remarkable person, whose life work was honored in 2018 with the so-called “Alternative Nobel'', the Right Livelihood Award. Tony Rinaudo found a way to grow trees even in the most infertile areas. The Farmer Managed Natural Regeneration (FMNR) method he opts for not only restitutes soil fertility, but also restores the dream of a better tomorrow. “The Chief of All Farmers”, as he is gratefully nicknamed in many villages across Africa, had to fight a fierce battle to see his ideas put into action. Having worked in the Sahel area for 30 years, he witnessed first-hand despair and hunger, but also resilience and the struggle for change. This documentary conveys a loud message of community, self-empowerment, and, above all, hope.

Evia Film Project makes part of the specially designated developmental project “Fotodotes”, for the reconstruction and restoration of Evia following the disastrous summer 2021 wildfires, planned and executed by the Ministry of Culture and Sports. Evia Film Project is carried out thanks to the support of the Region of Central Greece and the Greek Film Centre, in collaboration with the Municipality of Istiaia-Aidipsos and the Municipality of Mantoudi-Limni-Agia Anna. Thessaloniki Film Festival is teaming up with all institutions that have their seat in Evia,the Department of Digital Arts and Cinema of the National and Kapodistrian University based in Psachna, and Chalkida Greek Documentary Festival.