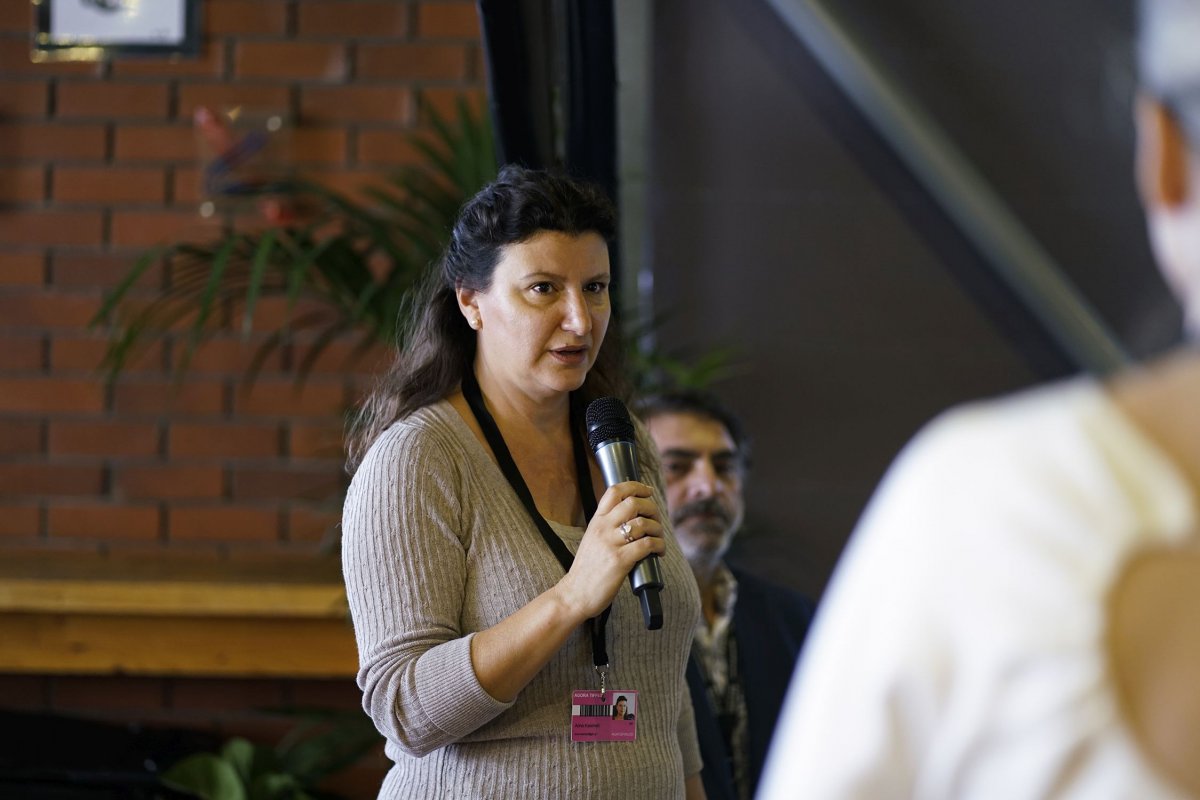 Angeliki Vergou, the Head of the Agora, prefaced the event by thanking the speakers and expressing the desire for fruitful cooperation for the years to come. Then, Anna Kasimati, the new Executive Secretary of SEE Cinema Network, took the floor and proceeded to present the awards. "South Eastern Europe Cinema Network held its annual general meeting on November 10, in Thessaloniki, and announced its funding list that amounts up to €63,000. Seven feature films, one from each country of the network's member states, in the production staged, will be backed with €9,000 each. The projects were selected out of a total of 13 applications came from the following countries: Albania, Cyprus, Greece, Kosovo, Montenegro, North Macedonia and Romania.

The projects funded are:

In addition to funding, the members of the network, taking into account the need for recording statistical data on a European scale, have decided to implement the gender quota of the main collaborators, especially with regard to the directors and producers. In conclusion, in the latest funding, the participation of women reaches the percentage of 64.28%. Also, at the beginning of 2022, the members of the network unanimously elected a new Executive Secretary, Ms. Anna Kasimati, due to the retirement of the previous Secretary, Mr. Giannis Iliopoulos, whom they warmly thanked for his significant contribution to the success of the project."

Finally, the speakers in turn thanked SEE Cinema Network. Arben Lami, from Albania, spoke about the network's great annual contribution, its success since its foundation and thanked for the funding of several Albanian productions. Diomedes Nikita, from Cyprus, commented on the importance of such a network for the Balkan cooperation: "Giannis Iliopoulos, the former Secretary, always friendly, has been a true supporter but also the heart and soul of the network. The power of this network has always been its friendly and genuine attitude," he stated. "I'm lucky to have met you," Athena Kartalou continued. "We share the same habits as Balkans. With you, I feel at home: we share the same bread, the same oil, the same vinegar. Together we can look forward to a future of co-productions. I feel an intimacy similar to what one feels with one's cousins," she commented. Finally, she thanked the Festival for giving them space to create a neighbourhood.

Aleksandra Božović, from Montenegro, the latest country in the region to establish a Film Office, thanked the Network, before giving the floor to Citaku Lum, from Kosovo: "It is a real pleasure to be here. We thank this organisation and hope to be able to evolve over the years. We want to discuss, participate and contribute as much as possible in order to further expand the network", he stressed. Then, Bojan Lazarevski, from North Macedonia, took the floor and wished the new Secretary to continue her good work, following in the footsteps of Mr. Iliopoulos. He stressed that they will continue the good work of supporting the region. "We will be here every year, and every year we will grow bigger," he said.

At this point, Ilinka Teodorescu, from Romania, took the floor and described the network as a "wonderful community" and stated her intention to keep in touch until the next meeting. Finally, Kamen Balkanski, from Bulgaria, suggested screening the films supported over the years by the SEE Cinema Network.