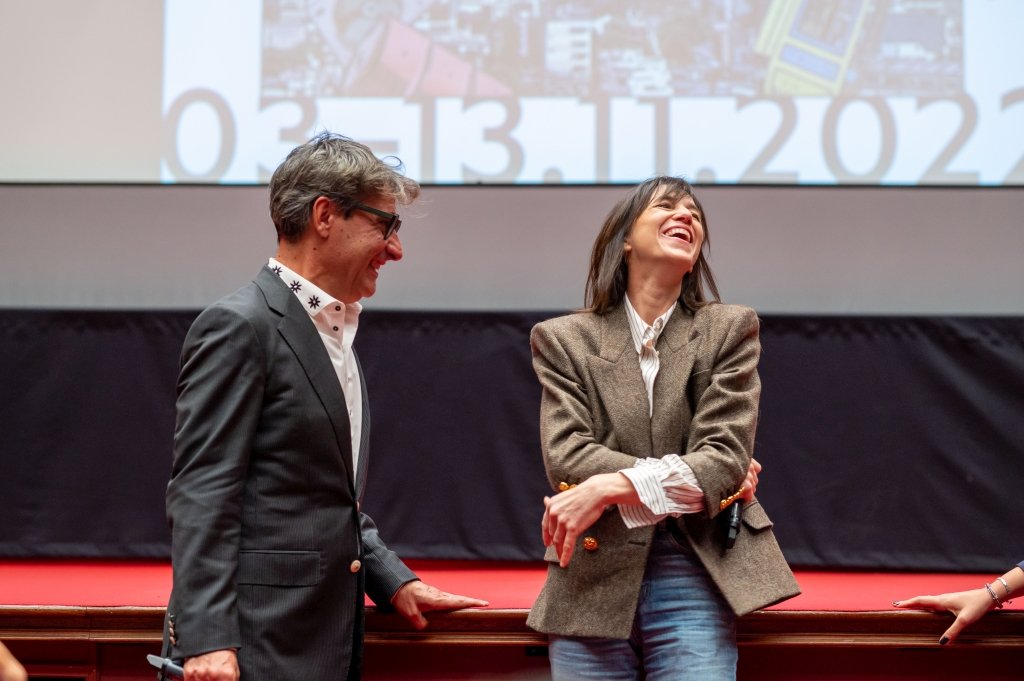 Screening of the film The Passengers of the Night & Presentation

Gifted and multitalented Charlotte Gainsbourg honored the 63rd TIFF on the occasion of the screening of her latest film The Passengers of the Night by Mikhaël Hers on Friday November 11 at the packed Olympion theatre. Orestis Andreadakis, Artistic Director of the Thessaloniki International Film Festival welcomed the famous actress. "The Festival presents one of the brightest stars of contemporary cinema. A bright star that has made many films with the most important directors of our days such as Alejandro González Iñárritu, Franco Zeffirelli, Lars von Trier and has also directed a documentary on her mother, Jane Birkin, which was screened last year at the 24th Thessaloniki Documentary Festival. Ladies and gentlemen, please welcome Charlotte Gainsbourg."

Charlotte Gainsbourg took the baton: "It’s my first time in Greece and I thank you for such a warm welcome." Regarding the character she plays in the film, she said: "The film we will see is an extension of the character of the director, very special, shy, reserved and familiar to me. The story is set in the 1980s at the time of the François Mitterrand election. The woman I'm playing is now my age so I didn't have a reference point. Mikhaël Hers tries to crystallize and convey the emotion prior to or just after the critical moments in the lives of the characters. The protagonist is a mother who has to work to support her family. Her husband abandons her, so she embarks on a journey of her own through life."

She mentioned that the 80s remains in her heart. "It's the decade I took my first steps and as we will see in the film, Mitterrand’s election as a President triggered a promise for the future and a feeling of hope". Charlotte Gainsbourg is also a musician, composer and songwriter. When asked by Mr. Andredakis how she manages to combine cinema and music, she replied: "For me they are two separate worlds. I like moving between them and maybe fashion is a bridge between the two. However, music is more soothing for me because that's where I am 100% myself, it's my own words and my own world."

Charlotte Gainsbourg also opened up about the documentary she directed on Jane Birkin, her mother, in Jane by Charlotte. "I didn't think of it as an attempt at directing. I made a film whose total production lasted four years. I stopped the shootings for two years and then returned to the footage I had already filmed. I began to realize what I am doing, in the editing process, a very demanding stage of the filmmaking experience. If there's one thing I found out in the whole process is that when you put the pieces together you may end up with a miracle. Now, I am blessed with a token of our relationship."